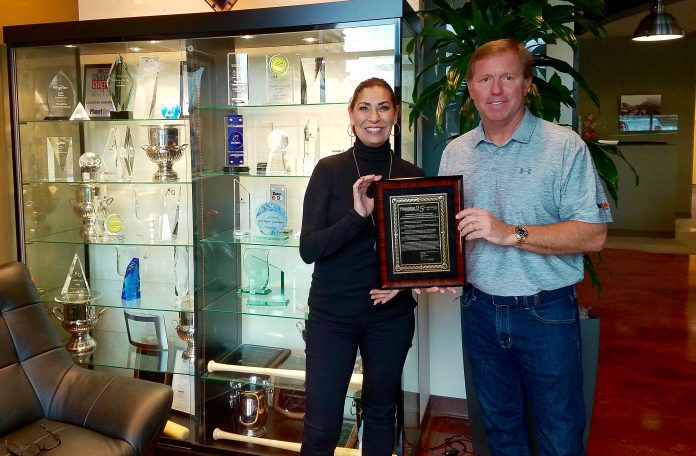 The Alliance Partners has issued a commendation to one of its long-standing members, PlanetOne Communications, for its ongoing, lasting contributions to the channel partner community.

The recognition comes as PlanetOne celebrates its 25th-year anniversary—two and a half decades that represent dramatic change in the telecom and IT industry. It’s been a period of continuous expansion for the Scottsdale, Ariz.-based master agent.

“The contagious momentum we’ve built with our partners and providers is unstoppable,” said Lauren Shapiro, president, PlanetOne. “Our growth is up 500 percent since 2010, and the deals just keep getting bigger and bigger, which is fantastic for all of our channel partners and preferred providers. 2016 was a sensational year, and the pipeline for 2017 shows another record year in the making.”

PlanetOne’s near-quarter of a century of consecutive growth is well documented, with high-profile recognition within the telecom and IT channels, as well as the local community and business trades. In 2016, PlanetOne earned an Arizona Corporate Excellence (ACE) Award, naming the industry leader as one of 50 largest privately-held companies in Arizona. The distributor was also recently honored for the sixth year in a row by Inc. magazine as one of the fastest-growing private companies in America, and continues to receive accolades for its thought leadership, performance and program excellence from industry trade magazines. It also consistently earns sales accolades from its preferred providers, including CenturyLink, Level 3, Masergy, Mitel, Rackspace and XO Communications.

“PlanetOne demonstrates channel best practices in action,” said Bill Power, CEO of the Alliance. “We are happy to recognize this important community member for its overall contributions to the Alliance and to the industry at large.”