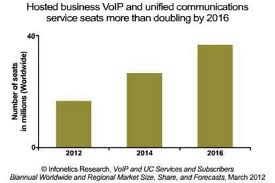 Cbeyond Inc. has launched the TotalCloud hosted VoIP phone system in the US, available via its channel partners.

Designed specifically for single or multi-location businesses with office, remote and mobile workers, TotalCloud Phone System reduces or eliminates initial equipment expenditures and the ongoing labor and support costs of maintaining a traditional, on-premise phone system. Instead, it  can route and prioritize voice traffic via Cbeyond’s private IP-network, linked to a secure data center.

The system also includes advanced phone features such as mobile phone integration, call filtering, online feature management and click-to-dial using Microsoft Outlook; the ability to share data and voice applications across multiple business locations and with employees working remotely; the ability to purchase only the capacity needed and to flexibly scale up or down according to business needs; geo-redundant deployment across data centers, leveraging Broadsoft technology; and managed Quality of Service (QoS)-prioritized voice traffic across Cbeyond’s managed network.

“With TotalCloud Phone System we saw an easy, cost-effective way to get our feet wet with cloud infrastructure,” said Randall Chance, vice president of information technologies at Cbeyond customer American Innovations, which helps oil and gas companies automate the collection, storage, and reporting of equipment and pipeline compliance data. “We were able to increase bandwidth and fully support remote workers in Arizona, Colorado and Texas without having to make a significant capital outlay.  Truth be told, all we had to pay for was some extra phone sets, and that cost was minimal.”

Cbeyond initiated a controlled launch of TotalCloud Phone System in July 2012 before the wide release this week.