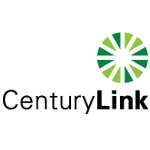 CenturyLink, Inc. has launched AppGrid, a private cloud service available through the savvisdirect online channel created to help businesses better manage the application lifecycle from conception to production. According to company executive, AppGrid is a type of entry-level cloud service for enterprises designed to attract business customers that have not previously used cloud services.

AppGrid offers instantly scalable private cloud services, available on a month-to-month, utility basis with no long-term commitment or contract, says the company. Equipped for high-performance workloads, AppGrid is based on the CA AppLogic cloud platform from CA Technologies.

According to Bill McLeod, director of product marketing for savvisdirect, AppGrid is “a great middle ground for companies that want to develop and house applications where they can leverage the benefits of the cloud and have a hypervisor and multiple virtual machines in one physical presence, but it’s not on shared infrastructure,” McLeod told Telecompetitor. Each AppGrid customer will have at least one server dedicated for its exclusive use, he said.

The introduction of AppGrid builds on CenturyLink’s ongoing strategy to bring simplified cloud services to a broader segment of business customers by combining the strengths of CenturyLink’s network infrastructure with Savvis’ expertise in cloud.

“With most cloud-based software development efforts, developers must keep track of multiple scripting languages, hardware configurations, and application versions as they hop from one platform to the next throughout the application lifecycle,” said Mike Goodenough, global director of cloud field engineering for savvisdirect. “AppGrid changes the game by simplifying the application development and continuous integration processes into a single, private cloud appliance ecosystem that’s delivered on dedicated hardware, fully accessible via public IP and secured through VPNs.”

The new product includes a rapid deployment model that allows customers to go from sign-up to live in less than two business days. User choose between three preconfigured grids to power compute needs. Other highlight include a graphical dashboard interface to manage and track CPU, RAM, storage space, role-based account management and reporting tools; while a scalable infrastructure offers instant access to additional capacity and preconfigured resources such as firewalls, load balancers, switches and databases.

“Because business success increasingly depends on the agile and effective use of IT, customers need IT resourcing strategies that are adaptive, cost-efficient and highly resilient,” said Adam Famularo, senior vice president, CA AppLogic business unit at CA Technologies. “The savvisdirect AppGrid service delivers on these new imperatives – and its use of the CA AppLogic cloud platform ensures it will fulfill customer requirements for automation, ease of use and security.”

CenturyLink announced the U.S. launch of savvisdirect in December 2012, offering businesses of all sizes a set of frictionless, cost-effective cloud solutions. Plans call for expanding savvisdirect into Europe and Asia during the next year.