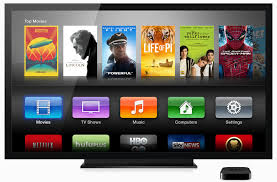 In the Cable Television Consumer Protection and Competition Act of 1992, Congress adopted a “preference for competition,” which meant that regulators could only mandate rate plans in situations where competition was lacking.

Officially, it says, “pursuant to which a franchising authority may regulate basic cable service tier rates and equipment only if the Commission finds that the cable system is not subject to effective competition.”

At that time, “effective competition” was the exception rather than the rule. Incumbent cable operators had captured approximately 95 percent of multichannel video programming distributor (pay-TV) subscribers, and the vast majority of franchise areas only a single cable-provided service.

And, satellite/DBS service providers and telco TV players like Verizon had yet to entered the market.

Against this backdrop, the Commission adopted a presumption that cable systems are not subject to effective competition, and they were regulated on that basis.

However, times have changed. According to the FCC, the cable television market has changed dramatically in the last several decades.  Satellite service has captured almost 34 percent of video subscribers and IPTV service is now available from a telco in many markets. The entry of these provides has created competition in markets across the country.