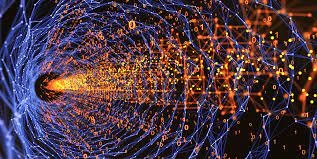 Infinera announces today Cabildo de Tenerife, the governing body of the island of Tenerife in the Canary Islands, has deployed Infinera’s XTM Series across its regional government network infrastructure to increase broadband connectivity throughout the island. Using Infinera’s XTM packet-optical solution, government departments throughout Tenerife will be able to enjoy flexible optical and high-speed internet services and extended site connectivity, enabling the interconnection of almost all government facilities around the island via the government’s corporate data processing center located in the D-ALiX data center facilities.

Tenerife is the largest, most populous and visited island in the Canary Islands, welcoming millions of tourists each year, and is home to the offices of the presidency of the Canary Islands. The deployment of Infinera’s XTM solution provides critical high-speed connectivity services across the island. The new network uses the XTM Series range of EMXP packet-optical transport switches and the High-Density Ethernet Aggregator (HDEA) to deliver an architecture optimized for the needs of the island. The solution enhances Cabildo de Tenerife’s network to deliver flexible, reliable, and high-capacity connectivity coupled with low power consumption to meet bandwidth demands in the island.

“Investing in a high-speed government-owned and -operated fiber network that serves the needs of our government agencies, technological projects, citizens, and tourists is a critical investment in the development and sustainability of the island,” said Mr. Enrique Arriaga, Vice President of Cabildo de Tenerife. “We are pleased to have deployed Infinera’s XTM solution to meet our present needs and be ready for the future. Not only did we receive exceptional support from the Infinera team, but the solution was also easy to install, and services could be deployed immediately.”