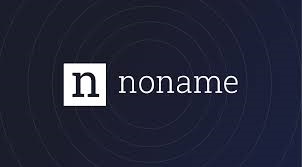 Noname Security, a provider of API security, launched its Noname Recon, an addition to the company’s API Security Platform. With Recon, customers can simulate an attacker performing reconnaissance on an organization’s domains, allowing them to find and fix issues – without any integrations, installations or implementations required.

Cybercrime rates show no sign of slowing down. According to recent research commissioned by Noname Security looking at API Security Trends in 2022, 76 percent of those surveyed reported they had experienced an API security incident in the past 12 months. Although there are many ways a cybercriminal can gain access to an organization, APIs now represent the most common attack vector used by malicious state and non-state actors alike.

“One of the best ways to prevent a cyber-attack is to stay ahead of cybercriminals. With APIs creating thousands of potential entry points to an organization, it’s no surprise that many hackers look to take advantage of these potential vulnerabilities,” said Shay Levi, co-founder and CTO at Noname Security. “How do you beat a hacker? Think like them. With Recon, we’ve made it easy to identify potential vulnerabilities and exploitable intelligence by simulating attacker reconnaissance, so customers can use that information to better protect themselves.”

With Noname Recon, customers can find public issues and quickly fix them to prevent breaches. Recon enables customers to: