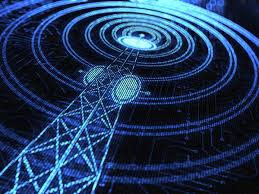 TPx Communications has launched wireless 4G-LTE as a primary-line alternative to fiber, copper and cable for the businesses, as part of its ITx for WAN product line.

The SD-WAN-powered capability uses 4G-LTE national cell coverage from one of the big four carriers, the company said, with another to be added soon. The company said it can unlimited managed voice and data traffic (though speeds are reduced after 150 GB). TPx also offers forward error correction, 24/7 monitoring and TPx network management with the service.

“We’ve spent months running this through the most rigorous testing for voice and video that we could imagine,” said Teri Lingley, ITx for WAN senior product manager at TPx. “Data is simple by comparison, but we needed to be certain that we could provide quality of service businesses can count on for all the communications that their enterprises depend on. The bottom line?  We can – and do.”

TPx is marketing the service as a primary connection offering, but businesses also can use it for passive 4G-LTE failover. It’s being used now part of a set of streamlined disaster-relief offerings to quickly set up internet connectivity that doesn’t depend on ground-based facilities in an effort to help its customers impacted by Hurricane Harvey.

“This really puts meaning into the word ’transformational,’ said Jared Martin, vice president of Managed IT at TPx.  “For companies that are desperate for connectivity, this is life-changing.  We’re turning on 4G-LTE to provide primary connectivity for one of the major wineries located in the beautiful rolling hills of Napa.  Its only other option was a $75,000 fiber buildout to bring lines to their office in the vineyard, so their executives were more than happy to find a way to quickly gain connectivity that they could rely on to run their business. Applying TPx’s technical expertise and drop-shipping a managed services router the size of a cereal box did the trick.  There’s nothing like sharing a toast to their new connectedness on a crystal-clear video call.”