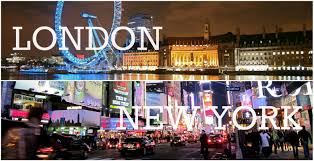 The provisioning will support CenturyLink’s U.S.-to-Europe wholesale and broadband traffic.

“This is a major milestone for CenturyLink’s international network.  We now can control the provisioning, monitoring and troubleshooting of end-to-end connectivity between our U.S. network and any CenturyLink Point of Presence on our European network,” added CenturyLink SSVP of network planning, Pieter Poll. “Our multinational customers require seamless connectivity to accommodate today’s key business applications and we’re confident that this new Aqua Comms AEConnect fibre optic cable system will provide an important link between two of the world’s most vital social and economic hubs.”

According to telecom analyst firm TeleGeography, transatlantic bandwidth is in high demand and the New York-to-London route is the second-largest international internet traffic route globally with multiple terabits of peak traffic.