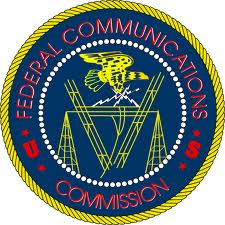 Want to know more about the FCC’s Net neutrality orders? Please check out our rundown, by clicking here.

On March 1, 2015, the FCC released its Net neutrality Rules, which prevent throttling or special treatment of specific traffic types by ISPs. Already, the first appeal has been filed, by USTelecom, a trade group representing the interests of the country’s largest Internet service providers, and Alamo Broadband, a Texas-based ISP.

On March 23, 2015, both appealed the Net neutrality rules adopted by the FCC, which prohibit fixed and mobile broadband ISPs from blocking or impairing lawful content, applications, services or non-harmful devices, subject to “reasonable network management” (i.e., no throttling), as well as from engaging in paid prioritization (i.e., no fast lanes).

The FCC claims that the new rules are necessary to preserve an open Internet, citing past instances of abuse exemplifying broadband providers’ “incentives and ability to engage in practices that pose a threat to Internet Openness.”

In its petition, USTelecom claims that the Net neutrality rules are unconstitutional and violate numerous federal laws, including the Administrative Procedures Act, which governs how federal regulatory agencies may propose and establish regulations, as well as the Communications Act of 1934.

USTelecom also notes that it is filing its petition “out of an abundance of caution,” since the date for finalizing the order isn’t yet set.

In addition to being a cautionary filing, USTelecom’s decision to file its appeal with the DC Circuit is a strategic one.  In both 2010 and 2014, the DC Circuit struck down two previous iterations of the FCC’s Net neutrality rules as violations of law, precedent that USTelecom will strongly rely upon.

The quick and “cautionary” filings of petitions for review by both USTelecom and Alamo Broadband in different courts of appeal (the D.C. Circuit Court of Appeals and the Fifth Circuit Court of Appeals, respectively) creates an interesting procedural twist that has potentially major consequences on whether and on what grounds the FCC’s rules may be upheld or struck down.

Because both petitions for review were filed within 10 days of the FCC’s adoption of the Net neutrality rules, the petitions are considered to have been filed simultaneously and the decision where the appeal of the FCC’s rules and any subsequent motion to dismiss such appeal by the FCC will be made – at least as an initial matter –by means of random selection.  While the petitions of USTelecom and Alamo Broadband may ultimately be dismissed as untimely, in the event they are not, these protective filings may give the D.C. Circuit and Fifth Circuit preference as the venue in which the appeal will ultimately occur, to the detriment of courts of appeal that may be more favorable to the FCC where such “cautionary” appeals were not filed.

As such, while an appeal of the controversial Net neutrality rules was a foregone conclusion at the time the FCC adopted them, many factors affecting the timing, location and ultimately the merits of such an appeal remain undecided.

TLG will continue to provide updates and analysis on the appeals of these rules as they occur.