COMPTEL, an association advocating for competitive networks and competitive communications policy, announced today that it will partner with association management and services company SmithBucklin. The firm has been brought on to support COMPTEL’s membership growth initiatives and lead the production of its conference and trade show experiences.

“COMPTEL is a trade association on the rise. Our membership is growing, our influence is growing and now our event attendee experience will grow as well,” said Chip Pickering, CEO of COMPTEL. “SmithBucklin brings a bounty of experience in producing cutting-edge events and increasing member value and programs. Their association management practices and methodologies will help COMPTEL meet the needs of our growing membership as we continue to connect business leaders and policy makers. We look forward to this partnership as we head into our fall show in San Francisco.”

“What Chip and the COMPTEL team have accomplished in the last year is next to amazing,” said Carol McGury, executive vice president, Event and Education Services at SmithBucklin. “From the addition of new member companies like Netflix and Google Fiber, to their public policy victories, it’s clear that COMPTEL is one of the most exciting trade associations in the nation.”

SmithBucklin will provide event strategy, planning and oversight. Additionally, it will deliver membership administration and year-round educational programming, as well as speaker management, marketing and communications strategy. The COMPTEL Plus Fall Business Expo 2015 will be held October 18-21 in San Francisco.

COMPTEL produces two trade shows per year, fall and spring, which have become known as the hub for business-to-business deals and networking. The past two COMPTEL shows have attracted thousands of attendees and featured keynote addresses by the chairman of the Federal Communications Commission, a United States senator and CEOs from several leading technology and communications companies.

COMPTEL to INCOMPAS: A Change for Industry Evolution→ 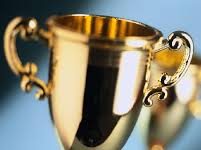 #COMPTELFall15: The FCC’s Open Internet Order And You→