Equinix has announced it will build a new International Business Exchange (IBX) data center at its London Slough campus.

The data center, LD7, will provide interconnection and colocation services to businesses to support their IT transformation initiatives and adoption of the cloud. The data center will cost approximately $120M and is scheduled to open in 2Q19.

LD7 will bring the company’s U.K. portfolio to 12 IBXs. This comes at an important time, as demand is increasing from U.K. enterprises for interconnection and bandwidth capacity. These data centers are built on Platform Equinix, which is comprised of 200 data centers in 52 global markets. Including current expansion projects, Equinix will have invested over $1.2 billion to build and expand its presence in the London metro area.

This sizeable investment is an indicator of Equinix’s confidence in the future of London as Europe’s major financial hub and one of the world’s greatest commercial cities, regardless of the outcome of the ongoing negotiations around the U.K.’s departure from the European Union. The investment has been acknowledged by the U.K. Government as a positive contribution to the U.K.’s continued success in global business.

As part of Equinix’s commitment to its long-term goal of using 100 percent clean and renewable energy and lowering its carbon footprint for its global platform, LD7 has been designed to provide an energy-efficient foundation on which customers can accelerate their business in this era of digital transformation. As a result, the LD7 data center will be built to LEED gold certified standards.

Earlier this year the company also announced that it would expand its LD4 data center due to continued growth of the world’s largest multi-asset class electronic trading ecosystem which consists of a robust collection of interconnected execution venues, trading platforms, market data vendors, service providers, buy-side firms, and sell-side firms.

The new LD7 data center will enable customers to interconnect securely with over 1,000 businesses in London including leading capital markets participants, insurers and electronic payments firms, as well as over 200 service providers and more than 275 cloud and IT service providers. LD7 will add 1,750 cabinets in its initial phase and expand to 2,650 cabinets at full build.

Energy efficiency will be achieved at the site with the aid of an innovative chilled water system in combination with an Adiabatic heat rejection system. This will contribute to LD7 having lower energy consumption and a smaller carbon footprint than other facilities of its kind.

LD7 will also provide direct, secure and dynamic software-defined interconnection through the Equinix Cloud Exchange Fabric to over 1,300 businesses including some of the largest CSPs including Microsoft Azure, Google Cloud Platform, Amazon Web Services (AWS) and Oracle Cloud. Customers can take advantage of scalability, agility and connectivity over a self-service portal or API and through a single port, can discover and reach the aggregation of  companies and ecosystems at Equinix on demand, locally or across metros.

The investment will support the rapidly increasing private exchange of data between businesses,  also known as interconnection. According to Equinix’s Global Interconnection Index Volume 2, Interconnection Bandwidth is expected to grow 48 percent per annum in Europe to reach over 1,900 Tbps by 2021, contributing to around 23 percent of interconnection bandwidth globally. With an average growth rate of 52 percent, London is set to contribute over 35 percent of Europe’s growth, more than tripling its private data exchange between businesses from 195 Tbps to 681 Tbps. This means that despite Brexit, London is projected to have the largest volume of data privately flowing between businesses, more than any other market in Europe. 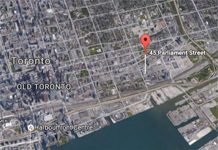 Global Capacity Expands North of the Border with Equinix→