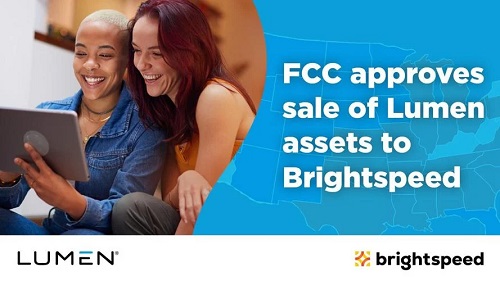 The FCC has approved the sale of Lumen local exchange carrier operations in 20 states to Apollo-managed funds. The deal is expected to close early in the fourth quarter.

FCC approval was the last hurdle in obtaining regulatory approvals for the $7.5 billion deal, which already received approvals from the public utility commissions in the 20 states. Lumen will retain its national fiber routes and its local operations in 16 states.

When the deal closes, Lumen operations in the other 20 states will operate as Brightspeed. Apollo management established Brightspeed in November 2021, three months after the deal was announced. At that time, Brightspeed’s top management team was already in place.

Since then, Brightspeed has announced plans to invest $2 billion to expand fiber broadband in the Lumen territories to 3 million homes in the next five years and has provided more detailed fiber broadband plans for more than half of the 20 states.

At the time the deal with Apollo was announced, Lumen said the divestiture would enable it to focus on broadband speed upgrades in the 16 states it would retain. The other 20 states would have had a lower priority.