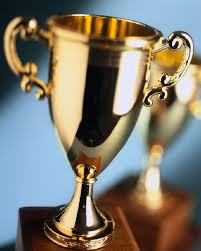 This is the second year in a row the company has won the award for its flagship product, Impartner PRM, and its ability to increase revenue by up to 120 percent for companies selling through indirect channels.

In the judges’ comments, Impartner PRM was lauded for its “compelling case for stronger focus on partner relationships backed by communications and tools that work,” and “advancement in including the partner in the business priority by delivering a technological solution.”

This award is the 19th award the company has received in just over a year, and follows on the heels of the company’s recent news that in the past 12 months, acquisition of new customers has jumped 156 percent, partners signing into portals using Impartner technology have increased to nearly 3 million worldwide, customer churn has dropped 42 percent to an industry low, and attendance at the company’s yearly customer conference climbed threefold from the year before.

“The Stevie Awards for Sales & Customer Service continues to be among the most competitive and fastest-growing of our awards programs,” said Michael Gallagher, founder and president of the Stevie Awards, which saw more than 2,300 nominations this year across all categories. “The growth of the program illustrates the importance of the functions highlighted – sales, business development and customer service – to successful enterprises of all types, and how integral recognition in these domains are to building and maintaining corporate reputations.”

Dave Taylor, Impartner CMO, added, “By every metric, the PRM industry is simply on fire. We’ve added an amazing slate of who’s who of corporations that have turned to Impartner’s out-of-the-box SaaS-based PRM solutions to transform the performance of their channel such as Splunk, Zendesk and Ingersoll Rand, and it’s exciting to see the value we add to our customers recognized by the Stevies alongside other leading companies like Qualtrics, Citrix Sytems and GoDaddy.”