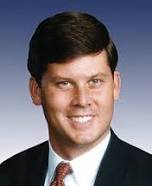 If there is one thing INCOMPAS always has celebrated, it’s the great disrupters within the telecommunications industry. They are the visionaries who innovate, invent, invest and cause change.

“Our members embrace change wholeheartedly,” INCOMPAS CEO Chip Pickering said in an interview before yesterday’s start of The INCOMPAS Show, and just weeks after the annual Policy Summit, which took place in February.

It is the constant evolving industry that makes telecommunications exciting and unpredictable. Even The INCOMPAS Show has changed, with a streamlined schedule that eliminated concurrent sessions and more time on the trade show floor for speakers, discussion and deal making.

“Generating business opportunities and facilitating introductions between member companies and conference attendees drives the competitive business model we stand for,” Pickering explained. “We have streamlined The INCOMPAS Show to facilitate meaningful exchanges that lead to business deals and pipeline building.”

He said the new format keeps meeting rooms, education and keynotes all in the Expo Hall to let members optimize their time.

Pickering offered some advice to first time attendees: “Take advantage of every networking opportunity – both formal and informal. It is our members and their experiences and connections that make the show what it has long been known for – THE place to do business in our industry.”

He added that “any company that provides competitive communications services to businesses and consumers, as well as their supplier partners, can benefit from INCOMPAS. In addition to supporting our advocacy efforts, members receive tools to compete in an ever-changing marketplace, and relevant information about new technologies and services, as well as policy changes, that affect your day-to-day and long-term business operations.”

According to Pickering, INCOMPAS has grown its membership while it has enhanced its programs and benefits in recent years, which makes being a member more valuable and relevant.

This growth includes a diversifying population of professionals that is more involved in disrupting current technologies and the status quo. This was made even more apparent at a panel called “The Disrupters, Innovators and Investors” during February’s Policy Summit.

“What was clear from that panel is that participants were hesitant to predict what their companies would be doing five years from now,” Pickering said. “I recently heard that we are still in the early stages of the Internet. It already has transformed our lives, it’s hard to imagine how it may transform it even more in the future.”

“But with more connectivity of devices and machines, I’d expect we will see things we cannot possibly predict today,” he forecasted.

Evolving technologies are leading to the opportunity for many devices to be connected to the Internet with the potential to help consumers save time and money – from smart home monitoring to more efficient shopping, Pickering said.

This year’s INCOMPAS Show comes during the 20th anniversary of the Telecommunications Act of 1996, which paved the way to the innovations and disruptions we are experiencing within the industry. As a young staff member on former Sen. Trent Lott’s staff from 1992-96, Pickering played a key role in shaping this landmark pro-competition Act. So he will be especially interested in the Federal Communications Commission Chairman Thomas Wheeler’s return today as a keynote speaker, and how the commissioner might address special access and other competitive issues.

“Special access reform is perhaps one of the most critical issues at the FCC now from our perspective,” Pickering said. “Special access services are the high-capacity dedicated transmission connections that are the foundation of a wired and wireless economy, enabling providers of all types to connect banks, airlines, schools, libraries, hospitals and even our cell phones.”

“We all rely on them each and every day,” he continued. “But this $40 billion market is controlled by a few powerful incumbents, and it negatively impacts the entire economy.”

The CEO explained that special access services bridge a gap where “it is not economically feasible for our members to build their own networks. Without these last-mile connections, our members are unable to connect to their customers.”

According to Pickering, the Act provides for a functioning wholesale market for special access services, but with unreasonable pricing and terms and conditions, the Bell companies are “trying to choke off competition.”

“We’ve been talking about this lack of competition in the high-capacity broadband market for almost a decade, but thanks to Chairman Wheeler and his fellow ccommissioners, we have reason to hope that this issue will finally be resolved during the first half of 2016,” Pickering said.

He added the FCC has undertaken the most comprehensive data collection in its history, as well as been provided significant additional information. This record confirms what competitive carriers have been saying for years: