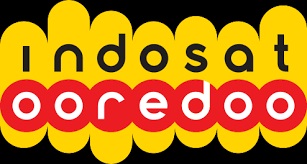 The launch of commercial 5G services is part of a new partnership with Surakarta (Solo) Municipality to support its economic recovery. The partnership also includes collaboration in micro and small-medium-sized enterprise (MSME) empowerment, digital talent education, and smart city development.

Indosat Ooredoo’s President Director and CEO, Ahmad Al-Neama, announced the partnership and launch of 5G services at an event in Solo attended by leading dignitaries

Indosat Ooredoo’s partnership with Surakarta Municipality aims to foster a collaborative response to accelerating the city’s economic recovery by empowering MSMEs and allowing its youth to reach their full potential.

5G services from Indosat Ooredoo will provide higher internet speed for consumer and business customers and open-up opportunities for new innovations that will enrich the quality of life for the people of Solo and stimulate the economy.

To empower Solo’s MSMEs, Indosat Ooredoo has started selling Rasa Solo Hampers on the myIM3 app, and will train 10,000 of the city’s micro-businesses on how to go digital. In addition, Indosat Ooredoo is providing UCan; a micro-lending offer for MSMEs to help fund the growth of their businesses.

To empower Solo as the next smart city, the company will also establish a smart information hub at the City Hall that connects the city’s command center to more than 2,700 RT community residents to provide real-time information across the entire city.

Following the initial 5G launch in Solo, Indosat Ooredoo plans to extend the commercial roll-out of 5G services to other major cities in Indonesia, including Jakarta, Surabaya, and Makassar, where there is high consumer demand for data services.