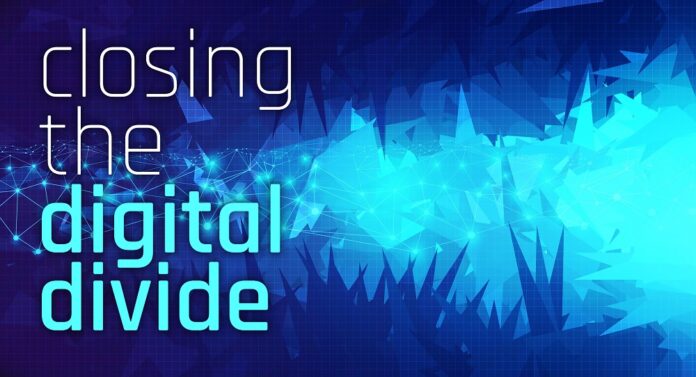 The Covid-19 pandemic highlights the need to bridge the digital divide, as 3.7 billion people are living without basic internet connectivity, experts say.

The health crisis exposes the structural weaknesses in the global digital inclusion agenda, bringing to the fore increasing inequalities between and within the countries, according to experts at an online panel discussion at the World Economic Forum’s Global Technology Governance Summit.

“In the past months, we have witnessed the essential role that access to good connectivity and digital services play during a crisis situation,” Bocar Ba, chief executive of the South Asia, Middle East and North Africa (Samena) Telecommunications Council, said.

“Nearly 47 percent of the world population is still excluded from connectivity and this exclusion accelerated during the crisis … Covid-19 is not likely the last crisis and more could come … this is a new normal that relies heavily on technology.”

The pandemic forced countries to impose widespread movement restrictions and prompted offices and schools to transition to remote working. However, the outbreak also exposed the steep digital divide between the countries, as those with poor connectivity lagged developed ones.

Samena estimated investment of $428 billion is required to connect those without internet.

“The digital participation gap that we are trying to fulfill requires investment and no one group, or entity can possibly meet the requirement [alone] … if we don’t act promptly enough, digital gaps may take on other, more challenging forms,” Ba said.

It is important to identify existing digital gaps and be vocal about their impact if left unattended, panelists said.

Industry experts said if countries want to reap the future dividends of a digital economy, they have to ensure that “the digital divide is at least minimized, if not eliminated.”

In the United States, nearly 97 percent of people in urban areas have access to a high-speed, fixed-line internet service. In rural areas, that number falls to 65 percent and on tribal lands to 60 percent, according to the Federal Communications Commission.