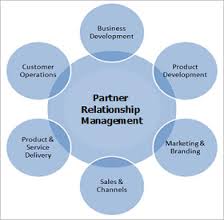 The channel is an important revenue driver for companies, because it empowers them to sell far beyond their direct sales force. However, the research revealed that channel managers are generally unsatisfied with their current resources to manage partner relationships, which weakens the potential impact of channel programs.

Relayware’s research report, The Data-Driven Channel, surveyed channel managers at vendor companies, who revealed frustration in the channel among managers who say they do not have the tools and measurement systems needed to grow partner revenue.

For example, despite the fact that measuring channel partner engagement and productivity is the most commonly shared activity among channel managers, only one in four is very satisfied with the resources provided to facilitate it.

“Selling through the channel has long been a powerful go-to-market strategy for businesses that want to multiply their selling power,” said Gordon Rapkin, CEO, Relayware. “Channel managers are on the front lines, but they’re telling us that they don’t have the tools to drive top-line growth. Every improvement to channel processes and systems can make a difference, and a better set of tools and resources can give channel managers the insight to assess what’s working and the flexibility to replicate the strategies of their most successful partners across their whole portfolio.”

The research suggested that partner relationship management (PRM) systems play an important role, as channel managers who use PRM are nearly 10 times more likely to be satisfied with the resources to maintain and grow partner relationships than those who don’t.

Yet, many organizations aren’t maximizing the value of PRM systems. Although channel managers use PRM systems to measure and set objectives, one in three channel managers doesn’t use their PRM system to collaborate with channel partners, and fewer than half use them to conduct periodic trainings. This indicates most organizations have room to grow in measuring how channel-supporting activities, such as onboarding, training and engagement, impact revenue and profitability.

In fact, nearly half of respondents believe they spend a lot of time on tasks that may not make their channel partner(s) more productive. For instance, it takes most channel managers at least 20 minutes to calculate the revenue of just their largest partner from the past six months – assuming they can determine it at all.