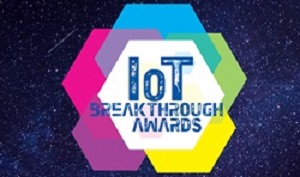 Senet Inc., a provider of cloud-based software and services platforms that enable global connectivity and on-demand network build-outs for the internet of things (IoT), has been selected as the winner of the “IoT Alliance of the Year” award in the annual IoT Breakthrough Awards program conducted by IoT Breakthrough, a market intelligence organization that recognizes the top companies, technologies and products in the global IoT market.

The 2023 IoT Breakthrough Award recognizes the innovation brought to market by Senet’s integration with the Helium Network, resulting in a large global public LoRaWAN network, dense network coverage in most major metropolitan areas, coast-to-coast coverage across major U.S. logistics corridors, and the introduction of a suite of network visualization, planning, and management tools to simplify the deployment of IoT solutions on the Helium network.

For solution providers deploying commercial applications at scale, Senet provides a carrier grade on-ramp to the Helium Network. Through a full suite of cloud-based services, solution providers partnered with Senet can onboard and operate their IoT devices using Senet’s platform and benefit from features such as application management through an intuitive user portal or APIs, simplified billing in U.S. dollars, and secure device provisioning. As new hotspots are added to the global Helium Network, they will contribute to Senet’s network coverage at no additional cost to customers.

This integration also supports unique service offerings like Senet’s Location Estimator. which uses the company’s public carrier-grade LoRaWAN network and the Helium network to provide customers with location logic for asset tracking, location-enabled mapping, and any application that can benefit from estimated presence and proximity detection.