The COVID-19 pandemic has accelerated anticipated broadband consumption trends by almost one year and has exponentially increased the number of >1TB/2TB “power users,” according to the Q1 2020 OVBI (OpenVault Broadband Insights) report issued this week by OpenVault. Driven primarily by subscriber self-quarantines during March, average consumption at the end of 1Q20 jumped to 402.5 GB, an increase of 47% over the 1Q19 average of 273.5 GB and a 17% rise over the 344.0 GB in 4Q19.

Based on its decade-long analysis of broadband usage patterns, OpenVault had projected early this year that average consumption would reach 425 GB by the end of 2020; according to OpenVault average monthly usage for April 2020 is on track to exceed 460 GB.

“Nearly all the growth in broadband usage we would have expected for 2020 has now been achieved in the first quarter, with much of it concentrated in the last two weeks of the quarter,” the report states. “The COVID-19 pandemic changed broadband usage patterns in substantial ways, perhaps permanently. Broadband operators will need to understand the implications of this shifting broadband usage behavior and plan their network performance capabilities accordingly.”

Other findings in the newly released OVBI report include:

· With broadband quotas relaxed during much of March, the typical pattern of flat rate billing (FRB) usage outgrowing consumption by subscribers on usage based billing (UBB) plans was reversed: Subscriber usage with relaxed UBB packages grew by 49.05% in 1Q20, while FRB growth was 44.42%.
· Median usage, a leading indicator of usage growth across all subscribers, was up sharply. Median usage across UBB and FRB plans was 233.6 GB, up 60% from 146.0 GB in 1Q19 and up 22% from 190.7 GB at the end of 2019. Importantly, the rate of increase in media growth accelerated to 122% during the first quarter of 2020.
· Upstream usage rose sharply during March, “as more people work from home and use collaboration tools such as videoconferencing.”
· Increased usage is nudging subscribers toward faster speeds. The percentage of subscribers provisioned for gigabit-speed service increased 97% to 3.75% in 1Q20 year-over-year from 1Q19’s 1.9% and was up 34% from the 2.8% at the end of 2019. 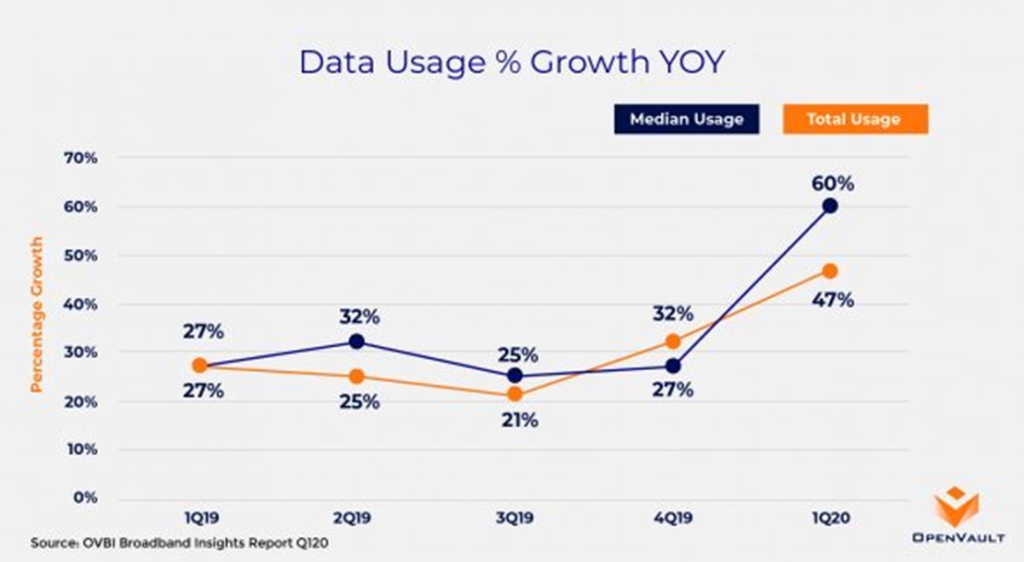 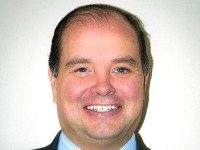