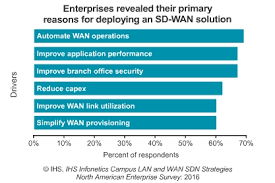 The company, which announced in March that it was acquiring unified communications and managed IT services provider DSCI in a move creating a premier national managed services carrier, is actively piloting SD-WAN technology that lets it bring premium services with guaranteed performance and management,to customers who may not be on the company’s own network.

“This opens up tremendous possibilities for us, as a managed services carrier, and for our customers, who can now simplify, secure and supercharge their communications,” said Jared Martin, TelePacific’s director of Network Architecture and Security.  “One of our customers needed to bring up a new site and connect it to their existing TelePacific MPLS network, but the site was outside of our traditional footprint.  With SD-WAN we are able to securely tunnel all of their MPLS traffic through our gateway back to the TelePacific core and connect it to their private MPLS network of sites.”