The appointment is the latest in a series of moves to accelerate the company’s channel sales development and expansion nationwide.

Prior to joining TPx, Gossert was director of channel sales at CallTower and a channel manager for MegaPath, where he was responsible for the support and growth of agent and value-added reseller (VAR) partnerships.

“We’re delighted to have Shane join TPx as we accelerate TPx’s national expansion,” said Jim Delis, recently named TPx’s senior vice president, national channel development, who is leading the company’s national channel expansion. “He brings a wealth of knowledge about the D.C. marketplace and a deep, proven understanding of how to nourish, support and empower channel partners so they can bring their customers the solutions they need.”

He added, “In the coming months, Shane will be joined by an ever-increasing TPx national account manager team as we grow in Chicago, Philadelphia, D.C. and Atlanta, to name a few markets. Stay tuned – there’s much more to come.”

Gossert will leverage his existing partner relationships to recruit partners and quickly build a TPx presence in the Mid-Atlantic region. His mandate is to work side-by-side with the channel on technology selection, solution design and customer service.

“After discussing the opportunity with several key partners and getting their buy-in, it was clear that joining TPx was a great path for me,” said Gossert. “TPx is channel focused and offers a very strong UCaaS and managed services portfolio that I’m certain will resonate with partners and their clients in the region. I couldn’t be more pleased to join the TPx team and I’m looking forward to contributing to their aggressive expansion nationwide.” 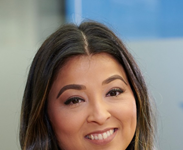