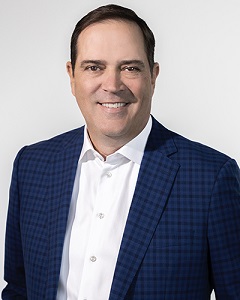 Despite the big problems facing the world – runaway inflation, the war in Ukraine, uncertainty about the COVID pandemic and continuing supply chain issues, Cisco CEO Chuck Robbins said on Tuesday, “things are pretty smooth” as he presented the keynote at the first Cisco Live event since the beginning of the pandemic.

Robbins, speaking specifically about the fate of the broader economy, said he believes the IT sector will do well in the near future.

While the turmoil facing the world leads to concern, Robbins said he believes IT will hold its own or even punch above its weight. He cited past recessions, where IT has done better than the rest of the market because of the ability of technology to improve corporations’ standing, allowing them to do more with less.

Still, Robbins acknowledges that things are different this time around because business leaders have first-hand and recent experience with the ability of technology to allow their organizations to adapt and survive in the face of one of the most significant disruptions many businesses have ever faced.

“During the pandemic, they learned technology was very powerful,” Robbins said. “All of my peers — the CEOs, the heads of state, the heads of government, now understand what you do more than ever before. They got up close and personal with it, and then their imaginations started racing.”

He said the IT sector still could suffer a slowdown, “but we won’t see it as we saw it in the past when IT was seen as a cost center.”

After his address, Robbins spoke to the press and analysts in a panel discussion, where he said. “It’s a big shift. There’s an understanding of the power of the technology to both lower costs and improve revenues at the top levels of business today.”

Robbins encouraged attendees, customers and partners to embrace the lessons learned and to drive transformation.

“You have the full support of the executives, and there are so many problems we can actually solve with this technology,” he said, adding, “The new reality is that there’s always going to be some kind of crisis.”

Focusing on Cisco’s priorities at this time, he cited the need to keep innovating, drive security and simplify the company’s offerings.

The company’s shift towards the as-a-service model in its portfolio has been a major change during the time that Robbins has led Cisco. He said that evolution will continue, calling customer choice a “fundamental tenet” for the company.

Robbins said he sees the role of partners following the trend set by technology, migrating to the cloud.

“It’s almost a hybrid business model in a lot of cases,” Robbins said. “We’re going to need traditional design and integration services in some aspects. And there are some aspects where customers are going to buy a service from us, and we’re working with them to help drive the adoption of that technology.

As has been the case in many of these transitions over the year, some partners are ‘going even harder and faster than we are.’ A large number of partners are keeping pace with Cisco’s transition, and some won’t make the transition.”