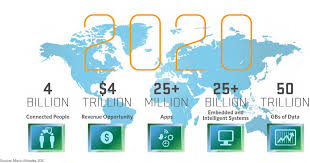 Money-making opportunities associated with the Internet of Things (IoT) are coming into focus for companies across the channel, according to CompTIA.

CompTIA’s Internet of Things Trends and Opportunities report found that 23 percent of channel companies surveyed say they’ve already made money from IoT offerings, compared to just 8 percent in 2015. Looking forward, one-third of channel firms expect to make money from IoT in the next 12 months.

“The channel is making significant progress with monetizing the IoT opportunity and, unlike past years, view themselves as strong profitability candidates,” said Seth Robinson, senior director of technology analysis at CompTIA.

three-quarters of channel firms in the CompTIA survey said they have a more positive view of IoT today than they did a year ago. Another 21 percent have not changed their opinion over the past 12 months, a group that certainly includes firms that were bullish on IoT to begin with.

That said, stumbling blocks to widespread IoT deployments remain in play and will likely be there for the foreseeable future. Some of the major inhibitors include concerns about costs and return on investment; technical hurdles; and liability, privacy, security and other regulatory matters.

Still, Robinson said there are good reasons for channel companies to look favorably on IoT.

“First, the complexity of IoT projects is beyond what many companies can handle internally, especially on the SMB end of the spectrum,” he explained. “Second, many areas of IoT are essentially extensions of the skills and lines of business that solution providers already have.”

Some IT solution providers are carving out unique niches in the IoT market. For example, Presidio Inc. provides a fleet management solution for a Texas school district, allowing administrators to track student safety and bus routes across 625 square miles. Dimension Data empowered the Tour de France with a range of IoT applications – including custom network transported sensor information from bicycles – to deepen fan engagement. Axians helped to develop an in-building IoT lighting system that enabled a European energy network company to slash its energy consumption by up to 70 percent; and Impetus Technologies created a factory-floor IoT system that helped a customer improve its manufacturing processes and reduce the volume of product defects.