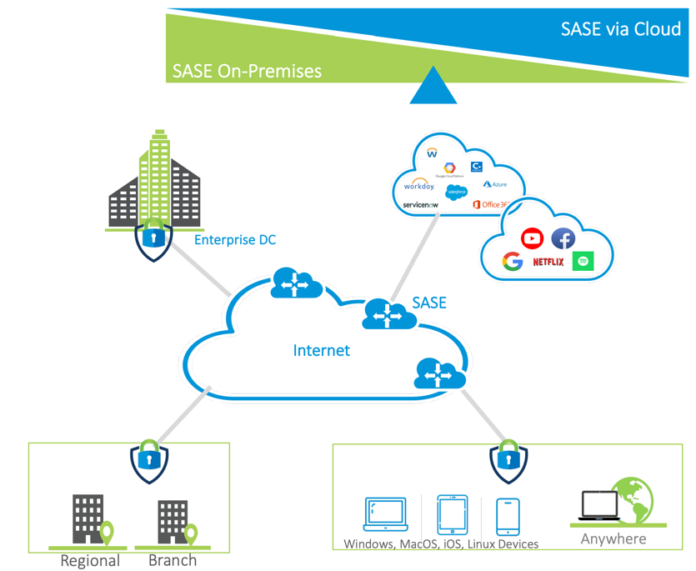 Thirty-four percent of businesses say they have adopted SASE in the past year, and an additional 30 percent plan to do so in the next six to 12 months. However, despite this rapid uptake, the majority (69 percent) of IT and security professionals surveyed remain confused about its true meaning.

The research, conducted by Sapio Research across 500 security and IT decision makers working at mid to large enterprises in France, Germany, United Kingdom and the United States, revealed that 84 percent of businesses have accelerated their digital transformation and move to the cloud during the pandemic, and almost half (44 percent) of businesses anticipate their employees will continue to work remotely, either fully or part-time, once pandemic restrictions are lifted.

Published today, the global digital transformation survey “Experiences and Attitudes Towards a Post-COVID Workforce” is available from Versa Networks.

Lessons learned during the pandemic have contributed to the adoption of SASE, which promises the best of seamless security and high performing, reliable connectivity across cloud, hybrid and on-premises networks.

The survey findings revealed that IT and security teams have struggled to deal with multiple complaints from workers; more than a third (36 percent) of respondents’ end users complained of dropped connections when using bandwidth-hungry applications such as videoconferencing, and others suffered from the lack of real-time tech support (31 percent). Security issues have abounded, including the inability to enforce security policies across the remote workforce (37 percent), or to spot new threats facing users (34 percent), according to respondents.

Given this picture of fractured security policies and failing connectivity, companies are moving towards SASE to fix the problems, with nearly 9 out or 10 companies (87 percent) re-evaluating their remote connectivity policy over the past year. SASE has overtaken VPNs as the connectivity of preference, with 23 percent implementing VPNs versus 34 percent choosing SASE.

However, despite its popularity, SASE remains misunderstood by the majority of IT and security professionals. A mere 31 percent of respondents were able to identify the definition of SASE as “the convergence of networking and security services like CASB, FWaaS and Zero Trust into a single cloud-native service model.” Despite this confusion, the top reason for adopting SASE is clear – to improve the security of devices and applications used by remote users, according to 43 percent of the survey respondents. This was closely followed by 31 percent stating the desire to prioritize the performance and delivery of business-critical applications in the cloud, and the need to support more remote workers (31 percent) as key reasons behind SASE adoption.

Other interesting findings include the following:

Michael Wood, CMO of Versa Networks, said, “The survey paints a clear picture of the burden of pressures and challenges that IT and security teams have been struggling with during the pandemic. While the survey shows that there is still some work to do in educating IT and security professionals about the true meaning of SASE, the imperative to address both remote security and connectivity issues has led companies away from the old VPN technologies that were riddled with security holes towards SASE, which gives them a compass for the future. While SASE has served them well during lockdown, it will also prove a major asset as they contemplate the move back to the office and towards hybrid working.”