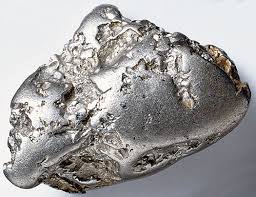 Master agency Intelisys Communications has added D&M Enterprise Group to the $1 million sales club, D&M joins just four other of the company’s partners as having achieved the milestone.

D&M Enterprise Group was founded by D&M president Steve Gerhardt t in 2001, and became an Intelisys sales partner the same year. Since then, Gerhardt has become an Intelisys Advisory Board Member and has been an Intelisys Club TPC winner for six consecutive years.

“D&M’s success is built entirely upon one thing – providing our customers with unrivaled customer service,” said Gerhardt.  “We simply could not provide them this level of service without the Intelisys team fighting for us every day.  It is an honor and a privilege to be recognized with the top performing Sales Partners at the most successful organization in the history of the independent telecom channel.”

For achieving the Platinum Award, Intelisys will provide D&M Enterprise Group with a fully paid “Trip Anywhere in the World” and covers all expenses for the trip.  Gerhardt says the two toughest sales managers he’s ever had, his children, will determine where they take the trip.

“Intelisys was founded 20 years ago specifically to help our sales partners reach and celebrate milestones like this,” said Rick Dellar, Intelisys co-founder.  “2014 was an absolute breakthrough year for D&M Enterprise Group.  We’re all in awe of this remarkable achievement and we couldn’t be more thrilled for Steve and his team.”