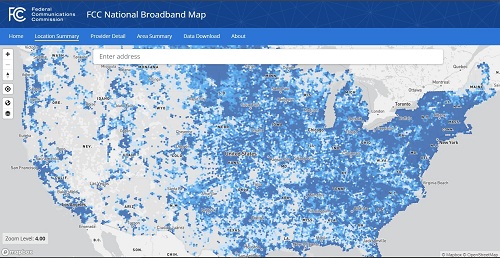 “These maps provide the best picture available to date of where broadband is and is not available across the country, and the maps will only get better from here,” FCC Chair Jessica Rosenworcel said in a release Friday.

The maps represent a tool to help bridge the digital divide, allowing the government, companies and consumers to locate gaps in coverage and address them. Equal access to internet services has been a problem in the United States for years.

Because of the Broadband DATA Act, the FCC must release maps showing where Americans can get wired internet access. The maps arrived as the nation seeks to expand and improve broadband access with $65 billion from the bi-partisan infrastructure act passed into law last year.

The maps will be updated roughly every six months with new data from ISPs and carriers. Citizens are allowed to submit corrections if they can’t get access.