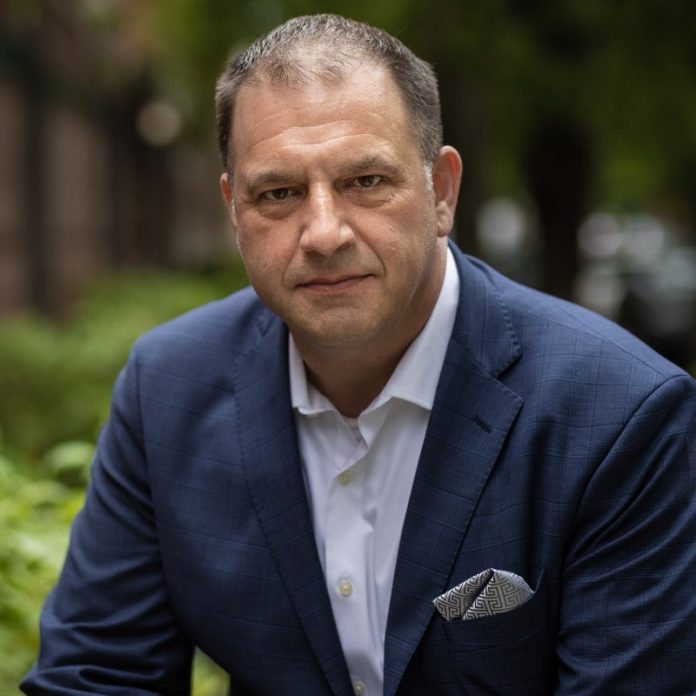 Update 5/9/22: Steffani Sunahara Mercer passed away in the days following the death of Ken Mercer and is now in heaven with her beloved husband. The family has not released details on her death. Refunds can be obtained from the GoFundMe page set-up on behalf of Steffani. Otherwise, the funds will be used for the memorial services and rehoming the Mercers’ three dogs (of which one has yet to find a home). Any remaining funds we will donated to a charity in the names of both Stefani and Ken according to the wishes of the family.

Ken Mercer, a 20-year channel veteran and beloved friend, colleague and mentor of many in and outside the industry, passed away at his home on Friday, April 29, from an undiagnosed illness. He was 52.

Ken Mercer is survived by his loving wife Steffani Sunahara Mercer and his beloved pups Suki, Baxter and Daisy. He also leaves his parents Ken Mercer Sr. and Julie Mercer, his sister Kyla Mercer, his mother-in-law and father-in-law, Carol and Larry Lagadinos, as well as his sisters-in-law, Kimberly and Melanie Sunahara.

Since September 2020, Mercer has held channel management and strategic roles at Telesystem, where he was promoted to manager, customer success in April of this year. Prior to Telesystem, he held similar roles MetTel, Mason Technologies, Fujitsu America, CenturyLink Business and Sprint, among others, but he is often associated and became widely known during his nearly 13 years working at technology solution distributor Telecom Brokerage Inc. (TBI). During his year as management there, TBI grew from 9 to 250 employees, with 3,000 additional contract employees (sub-agents).

“Ken meant the world to me,” said Telesystem’s Bruce Wirt. “Long before he joined my team at Telesystem, he was instrumental in helping me understand how the channel operated. He was always forthcoming with advice no matter who you were and was refreshingly transparent with his thoughts and opinions. Ken was the kind of person that would give you his umbrella in the rain; just a genuinely good-hearted person. Ken did so much to help us brand Telesystem in the channel during his time here. And he will be forever a part of our hearts and minds.”

Mercer prided himself on his ability to establish and cultivate relationship and partnerships based on trust and credibility. He is considered as a mentor and advocate for several executives throughout the channel and was part of several advisory boards and industry councils.

“I would always tease Ken about being my Advisory Board husband being on so many of them together over the years,” said Karin Fields, vice president – advisor ambassador, AppSmart. “He always looked out for me. I will miss him dearly.”

During the last few years, Ken had become particularly sensitive to the issues of the disadvantaged and all minorities, and last summer, Telesystem announced that Mercer was named to the Channel Futures DE&I 101 list. This ranking recognizes individuals from diverse and multicultural backgrounds working toward “driving diversity, equity and inclusion in the ICT channel.”

“He taught me this business, introduced me to many of my now friends and was not only a mentor to me, but for many others,” said Corey Cohen, MetTel‘s vice president of channel marketing, upon hearing of Mercer’s passing. “He took me under his wing and championed for me to have greater responsibilities.”

Cohen, who called the passing “devastating,” was hired by Mercer at TBI in 2015, an example of the many executives for which he provided and entry into the channel.

“I’ve known Ken for nearly 20 years and he’s one of few people in the industry that I considered a friend not just a colleague,” added Dany Bouchedid, CEO of COLOTRAQ.  “I remember him for being one of the most genuine and authentic people I’ve had the privilege of knowing in the industry. It’s a sad and tragic loss but I know his beautiful soul lives on.”

Geoff Shepstone, TBI’s president, said the passing of Mercer “represents the end of an era” for the channel.

“He was so funny, wicked smart and very intelligent,” Shepstone told ChannelFutures. “We shared more times where we laughed until our eyes watered more than anytime or anyone else. He will be missed. He was a very unique individual.”

Ken was an honored member of the Naval forces for the U.S. Government prior to joining the private sector.

A GoFundMe site has been set up on behalf of Mercer’s wife and family.