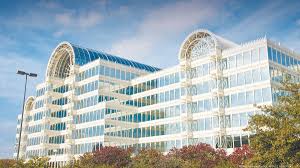 As the Dallas facility evolved into the primary connectivity point for the Southern U.S. and the largest data center in Texas, the security profile of the building increased greatly.  The enhanced security features include a security operations center, updated access controls, additional surveillance capabilities and an expanded security staff.

Along with the physical security upgrades, building management also formed a Security Council with a group of representatives from building tenants to collaborate on new access and visitor management policies and procedures.

Infomart will integrate the security measures in two stages, with the first enhancements to be deployed by early September, and the second stage completed by the close of 2016.  The initial stage of security upgrades to Infomart Dallas will focus on entrance access and visitor management, including badge access control devices across all building entrances, the aforementioned new security operations center that will be positioned in the front lobby, additional camera coverage throughout the campus, as well as a 54 percent increase in security staffing.  The second phase of enhancements will be completed by year-end and will include a new building security system, increased site fencing, call boxes, additional surveillance and queuing lanes allowing for proper vetting of deliveries.

“Infomart Dallas, the primary carrier hotel in the country’s third-largest data center market, has evolved significantly since we acquired the building a decade ago,” said John Sheputis, president of Infomart Data Centers.  “Even with the phenomenal growth of network and IT investment in the building, Infomart Dallas remains much more than a data center.  Nearly 2,500 people enter and leave this building every weekday, and there are hundreds of deliveries daily.”

He added, “To balance the security needs for both commercial office and data center use, we formed a Security Council with our leading tenants with the shared objective of securing access to the building, while efficiently allowing invited guests to enter the facility.  The Security Council supports the security improvements and is helping execute on the transition.”