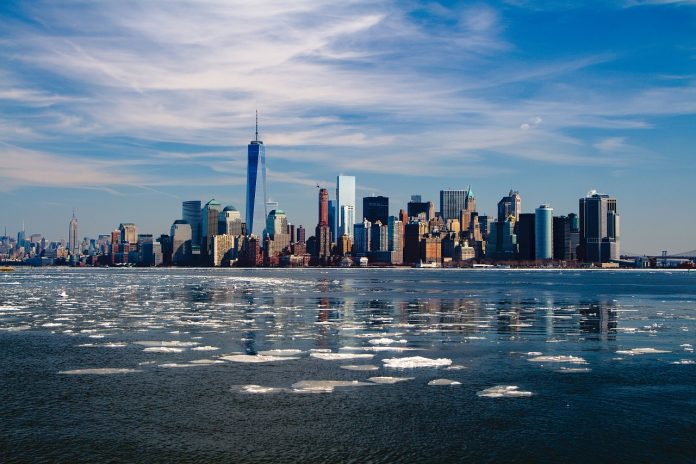 The United States has produced many of the world’s most successful companies and this looks set to continue as the number of new startups continues to rise. There are almost 30,000 registered startups operating in the U.S. and many of these are concentrated in hubs like San Francisco, New York and Chicago. This is largely due to the thriving innovation ecosystems in these cities, and in part to the continued presence of venture capitalists and other sources of funding. The question is – can these cities maintain the momentum as other cities grow their ecosystems and encourage entrepreneurs to set-up new businesses?

Across geographies and industries, many businesses are embarking on a mission to put digital technology at the heart of everything they do. As part of the ‘Connecting Commerce’ report commissioned by Telstra, the Economist Intelligence Unit compiled the first ever Digital Cities Barometer. With a ranking of 45 cities around the world, it assesses the confidence of business executives in their city’s environment and its conduciveness to supporting the digital ambitions of companies. In the survey, San Francisco ranked second for its overall environment, with New York ranking 11th and Chicago at 15th.

While these US cities perform well overall, more support structures are being established in other cities like Austin, Los Angeles and Seattle as well as internationally in cities such as Hong Kong, Singapore and Shenzhen. This progress is challenging the traditional startup hubs in the US.

Innovation ecosystems help to nurture entrepreneurs and their respective startups, facilitating industry growth and innovation. Constituent parts of city ecosystems are typically technology accelerators and incubators, meet-up groups, business associations, university-based or company-sponsored innovation labs, online communities and government bodies. These groups create a space for startups to collaborate and thrive by facilitating advice in areas such as policy and regulation, finance and human capital. Companies also use these local networks to source new ideas for products and services, obtain data and get referrals for potential new recruits or funding.

New York City has a thriving entrepreneurial community supported by a growing number of investors, incubators and accelerators as well as corporate, government and academic initiatives. Accounting for 48 of the Fortune 500 organizations, the city’s economy remains robust with a gross city product of $704 billion and a high of 3.7 million private sector jobs.

The city is already well underway with plans to maintain this momentum. For example, the Partnership for New York City’s Innovation Council has worked with Doblin (A division of Deloitte) to examine the current city innovation ecosystem and identify opportunities to create an environment where innovative companies can grow and thrive. Organizations like the Innovation Council have developed short and long-term goals for the area to ensure its continued growth and competitive edge.

Across the other side of the country, AngelList estimates there are more than 18,000 startups residing in Silicon Valley with an average valuation of $5.1m. Startups based in San Francisco can look to the Silicon Valley Innovation Center for programs focusing on technology innovation and emerging trends. The organization aims to help startups successfully navigate the economic and technological landscape in which they operate. It also facilitates networking by providing entrepreneurs and small business owners with local events such as industry specific conferences, meet-ups and summits, showcases and executive briefings.

Similarly, the Bay Area Council Economic Institute (BACEI) is available for support and advice. Established in 1990, the BACEI is one of the leading think tanks focused on the economic and policy issues facing the San Francisco Bay Area today. Guided by a board of trustees of influential leaders across a diverse range of industries, the organization addresses major issues affecting the region, including competitiveness and economic development.

For US cities to remain a leader in innovation ecosystems, it is vital for government and the private sector to be aligned. This is particularly important as many small startups rely on a combination of both private and public funds for support. By working together, government and enterprise can entice new business prospects across a range of industries.