MASS Communications has announced its largest telecom and IT deployment to date for a metropolitan U.S. city, for the City of Yonkers, N.Y.

While Yonkers has 40 city office locations in total, five of those offices house approximately 80 percent its nearly 2,000 workers. MASS Comm is also equipping those offices with a traditional phone service network to provide diversity to the IP environment. If the data is offline, calls will automatically reroute to traditional voice lines.

“In the event of an overflow or failover scenario, residents trying to reach the city will never notice the difference,” noted Robert Cacace, commissioner of IT for the City of Yonkers.

Cacace said that a huge driver in the city’s decision to embrace a voice over IP network is cost savings. “All municipal governments of our size are under tough fiscal constraints,” he said. “Raising taxes is not an answer.  We are constantly asking ourselves, ‘Can we make a capital investment to lower our operating costs?’ VoIP fits right in there.”

He further noted that once the new infrastructure is fully deployed in September, it will cut Yonkers’ monthly telecom expenses by 30 percent – savings that can be reinvested to further enhance the city’s digital footprint and attract more businesses downtown.

As for MASS Comm, he said that the firm’s knowledge of the industry and its approach towards customer service.  “They take all the burden to proactively monitor our network so we won’t need to,” he explained.

Darren Mass, CEO at MASS Comm, said that he is excited to bring his firm’s responsive service model to Yonkers and other city governments: “The team at MASS is committed to helping Yonkers city leaders leverage technology to deliver exceptional service and connectivity to their residents, even in an emergency.”

Webinar: Regulatory Issues & Compliance for VoIP Providers in the USA→ 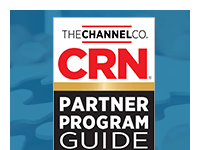