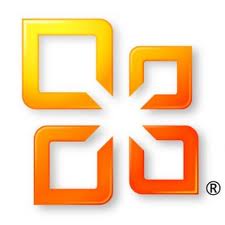 For small and medium-sized businesses (SMBs) and enterprises, the evolution to cloud-delivered apps and services is ongoing and seemingly inexorable in the face of the cost and maintenance benefits that the cloud affords. But the space can be a bit nebulous for partners, so Microsoft Corp. has launched the Cloud Deployment Program, designed to support partners offering Office 365 to their customers.

Office 365, a cloud-based suite of business productivity apps that combines Microsoft Office, Exchange, SharePoint, Lync and Office Web Apps, is the software giant’s main thrust into the cloud app space, and it’s been relying on its partner program to get the word out. The Deployment Program is focused on helping partners build a capable cloud deployment practice through training, support and marketing benefits to help onboard enterprise customers to Office 365.

“Support is consistently a top pain point when we hear from partners and as a response to that, we have worked hard with our support organization to offer Cloud Deployment partners a differentiated support experience which includes planning support, deployment and break-fix support, proof-of-concept guidance and funding, and cloud deployment planning tools, exclusively available to our Cloud Deployment Partners,” said Josh Waldo, senior director of new markets and emerging channels, in a blog.

Partners must have a minimum of Cloud Accelerate to join the Cloud Deployment enablement phase to get the technical benefits, Waldo noted. That requires the completion of three cloud deals for 150 seats within 18 months, and partners must have either an active Microsoft Action Pack subscription or a Microsoft competency. That gives partners foundational tools and resources that include free Office 365, Windows Intune and CRM Online licenses for their own use, online services/advisor incentives, delegated administration tools and training.

“As you know, cloud is top of mind for us here at Microsoft,” said Waldo. “My job and my team’s job is to help figure out how we can support our partners, especially as cloud continues its momentum into the enterprise customer space, and more customers purchase Office 365.”

The cloud space will continue to be lucrative for partners willing to make it a focus area for their business. The growth is there, according to forecasts: The Cisco Global Cloud Index predicts that global cloud traffic will account for nearly two-thirds of total data center traffic by 2106.

The revenue is there as well: Software as a Service (SaaS) and cloud-based business application services will grow from $13.4 billion in 2011 to $32.2 billion in 2016, a five-year CAGR of 19.1 percent, according to Gartner. And IDC reports that enterprise cloud application revenue reached $22.9 billion last year, and is projected reach $67.3 billion by 2016, attaining a CAGR of 24 percent.  IDC also predicts that by 20166, $1 of every $5 will be spent on cloud-based software and infrastructure.