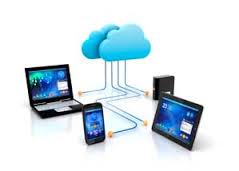 According to a new survey of North American agents and MSPs, there remains high interest in increasing the amount of cloud-based voice services offered by these groups of channel partners, and specifically unified communications and call center as a service (UCaaS/CCaaS). At the same time, agents are still far from ready to stop selling carrier services, drop their premises-based voice solutions and switch completely to the cloud, at least within the near term. Indeed, a full 80 percent say they are not likely to switch to 100 percent cloud in the next 18 to 24 months, while a similar percentage of respondents are not likely to stop selling carrier services during that time, with 60 percent of agent respondents “not at all likely” to give up their carrier services relationships.

What’s more, large percentages of MSPs and agents still have serious concerns and disappointments with regards to the current UCaaS/CCaaS landscape, show figures from the survey performed on behalf of LANtelligence by Corlea Group, and providers that can offer a solid deployment process, stellar post-project support and some level of differentiation from the crowd will do best to increase partner confidence and engagement moving forward.

Whether selling virtual or physical, MSPs unanimously want to grow UCaaS revenues, but they see a crowded, commoditized cloud telephony market, suggests the findings. In both countries, MSPs named the amount of competition and difficulties differentiating one offer from another as the biggest challenges they face when selling telephony solutions – a full 80 percent of U.S.-based MSPs checked “too much competition.” Less than four in 10 Canadian MSPs cited that same challenge, but 45 percent found it “hard to differentiate” within the market.

Concerns about provider poaching also may be creating trepidations over forging new voice relationships. Among the U.S. MSPs surveyed by Corlea, nearly two-thirds expressed concerns over vendors and master agents billing their customers directly. Likewise, a full 100 percent of U.S. MSPs have concerns about carriers and master agents selling solutions that compete with their core services, with 40 percent saying they are “very concerned.” More than 90 percent of Canadian MSPs harbor such concerns.

As for the “Other” challenges to selling voice among U.S. and Canadian MSPs, “both groups mentioned that customers still see the premises solutions as more stable and are willing to ‘run it until it dies’,” said the study. That’s probably why a full 68 percent of U.S. MSPs surveyed by Corlea Group still offer premises-based system in their solution sets. Other comments from respondents include concerns over technical challenges, a lack of end-user education and the high termination fees for existing contracts with another provider (particularly among Canadian MSP respondents).

Among the MSPs that currently don’t sell UCaaS, the biggest obstacle is a lack of expertise for solutions design and deployment, but significant percentages also cited a lack of resources for sales and post-project support among current offerings and fear of the risk of losing a customer in the case of poor performance.

Currently, the vast majority of agents distribute some type of cloud service, with about 80 percent selling UCaaS/CCaaS. Among those providers, major concerns are tied to a lack of confidence among partners in delivering a good experience in terms of deployment and post-project support at a time when customer still have a very general understanding, if at all, of the cloud and cloud services, suggest the findings.

“Partners are losing themselves in the big pool of solutions being unable to clearly differentiate one from another without a reliable (independent) source of expertise,” said the report.

The most commonly named reason among agents for not going cloud in full for voice services lies in too many choices with too little confidence in their reliability, while for non-voice services the primary challenge is not enough information or lack of education about those services, show the findings.

“For both voice and non-voice cloud services, agents express the concern of finding a reliable and experienced partner to ensure a good deployment and ongoing management for the solution,” LANtelligence and Corlea Group executives summed up.

In turn, anything providers can do to build confidence in deployment processes and post-project customer support will be key to helping partners grow their cloud channels. Non-competing partnerships would also appear to make partners more comfortable with offering new solutions to customers, suggests the study.