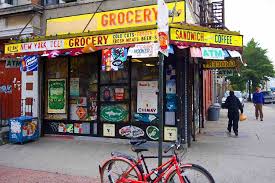 National Retail Solutions, a division of IDT, has announced a milestone for its point-of-sale (POS) system. NRS and its channel partners have distributed 2,300 units distributed nationwide since its launch in June 2016.

NRS brings the integrated system to convenience stores and inner city bodegas, staples in urban communities. These small, independent, minority-owned businesses often have difficulty competing with big-box stores and retail chains. Many of these store owners are immigrants and lack resources and access to capital to maintain accurate reports on sales and technology to process coupons, and many cannot offer discounts on some products because of profit constraints. As a result of these and other factors, their retail prices can be significantly higher than those of their larger competitors.

“Our system is not just a POS network, it eliminates risk for merchants and vendors,” said NRS president Elie Y. Katz. “From the terminal’s touch-screen merchant-facing monitor, bodega owners have access to their entire inventory, their staff, sales records and coupons. They can restock their store from the marketplace feature, and can even manage their own branding and revenue streams with the customer facing screen. We are offering these bodegas the tools they need to compete more successfully through NRS’ cost-effective, point-of-sale based terminals for independent retailers.”

Katz describes NRS’s relationship with these bodega owners as a partnership where “their growth is our growth.”

Additional savings for customers and tools for the bodegas come from the “BR Club,” a rewards program that offers its members significant savings on popular products. Bodegas who choose to participate with the BR Club get monthly promotional kits produced by NRS.

“The BR Club was made to cater to the end consumer,” said Hannah Kestenbaum, NRS’ media manager. “Members who have registered their phone numbers receive alerts to potential savings at participating bodegas.”