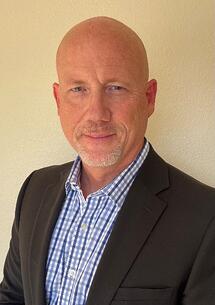 Rasmussen joins TBI after more than a decade at Vonage, where she served on the Enterprise Custom Engineering team, supporting the company’s largest enterprise customers. Prior to working at Vonage, Rasmussen worked for other leading companies within the industry including CenturyLink (now known as Lumen), Telesphere and TDS Metrocom.

Harris joins TBI with a 25-year tenure in the technology industry, having worked with companies such as Teligent, Qwest, Cogent Communications and XO Communications. In his most recent role, Harris served as the Senior Director of Channel Sales at TPx Communications, leading regional and national sales growth for managed services, UCaaS and network-based solutions.

While in this role, Harris increased overall master and sub-agent production, leading the channel in sales and revenue contribution, as well as obtaining President’s Club status for many years in a row.

As TBI’s Regional Vice President of Sales, Harris is responsible for igniting and elevating channel partnerships and success in the western part of the United States. Harris also will focus on developing and supporting a world-class channel sales team, providing guidance and bolstering resources to ensure their success as they build and grow long-standing partner relationships.