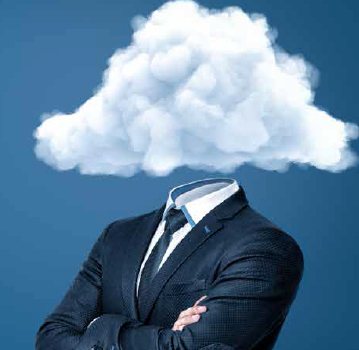 The recent burst in cloud-delivery changes what it means to resell managed services.

It’s no secret that managed services providers are among the most highly sought-after channel partners for vendors of all sorts of business IT and communications solutions. That’s particularly true among those providers looking for resellers that can go a bit deep into customers’ tech stacks and sell beyond the more transactional products.

Certainly, MSPs in their traditional form have been part of technology indirect channels for at least two decades, even further if you trace them back to the days of the “application service provider” (ASP) model. But in order to keep pace with the complexities of today’s technology business landscape, the MSP model “is evolving rapidly,” said analysts at CompTIA, in the association’s 2022 report on trends within the managed services channel. The term MSP itself is increasingly less defined by one type of service provider, and with the acceleration of cloud and digitally delivered services, MSPs even are being advised to think and behave in ways that are more in line with the model of a traditional sales agency or cloud brokerage firm than an IT shop.

Researchers at the Technology & Service Industry Association (TSIA), for example, report to seeing “a rapid separation of managed services providers into two classes, which we call 1.0 MSPs and 2.0 MSP.”

TISA’s 1.0 MSP represents the profile of the more traditional MSP model, whereby a proprietary solution might be customized for a customer or specific vertical, and a significant chunk of revenue still comes from non-recurring fees such as product sales, consulting fees or one-off projects. The 2.0 MSP, meanwhile, embraces where MSPs are and should be evolving toward. 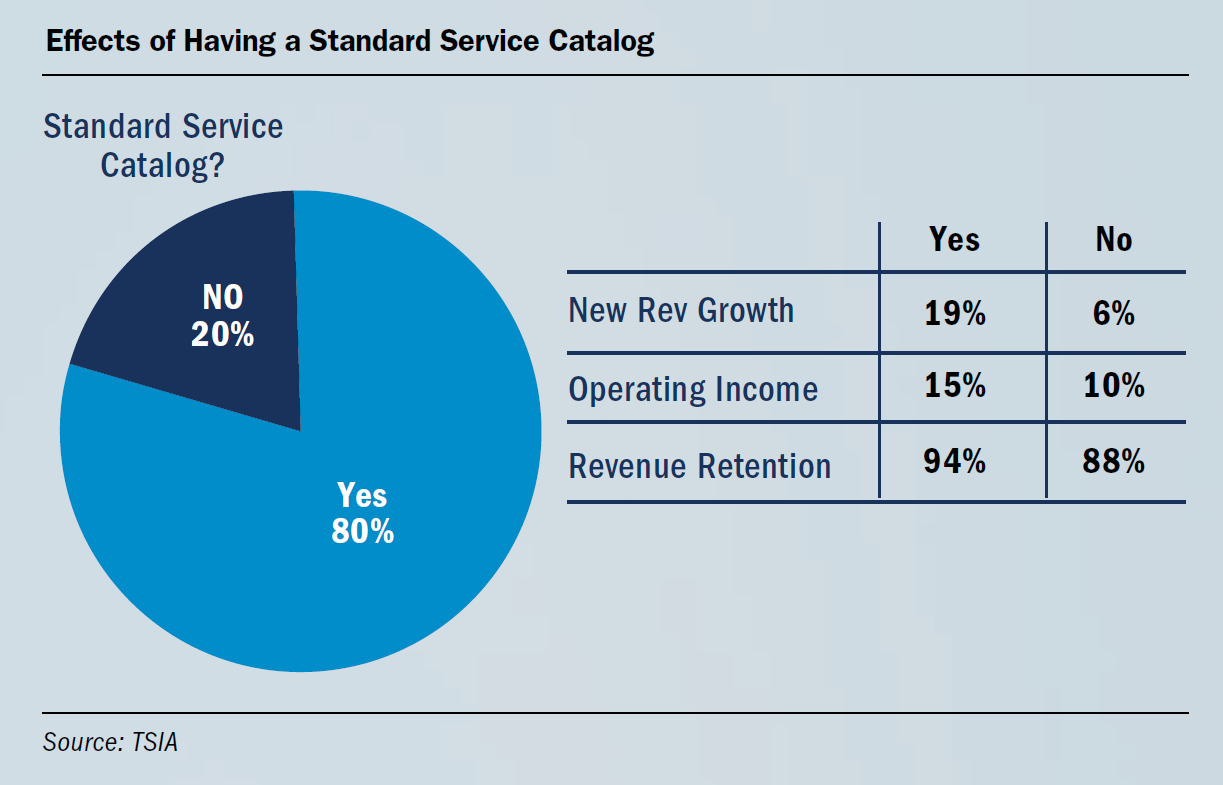 A lot comes down to the matter of scale, and its importance in driving growth and profitability.

According to TSIA researchers, managed services providers that employed even basic levels of automation in delivery operations experienced as much as a 75 percent increase in profitability.

“With over 75 percent of the headcount in a managed services organization coming from delivery resources, it’s no surprise that using software to eat away at manual operations delivered such a strong improvement to profitability in the organization,” said TSIA.

As of early 2022, roughly 40 percent of channel companies surveyed by CompTIA identified as offering managed services to some degree. Of that group, 37 percent call themselves pure-play MSPs, meaning they derive more than three-quarters of their sales from recurring revenue activities. The remaining majority consider themselves as hybrid MSPs, which CompTIA describes as businesses versed and dependent on managed services but still waist-deep in traditional, non-recurring revenue streams of work (think project and product sales). 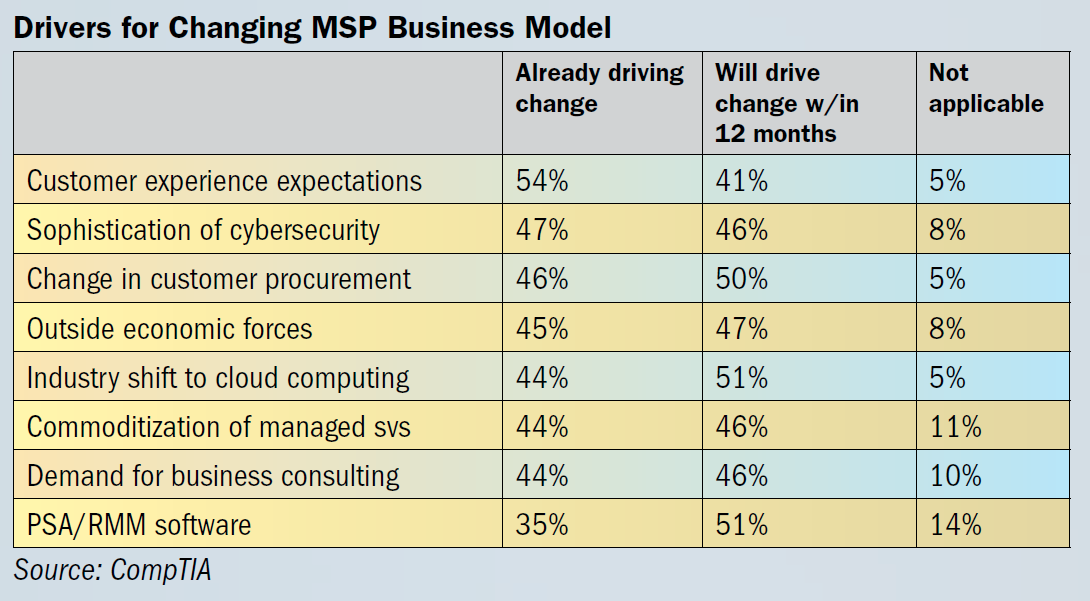 CompTIA surveys suggest MSPs fully understand that cloud is likely to be an essential element of their operations, offerings and business models moving forward, and by and large they are embracing it. Six in 10 MSPs believe cloud adoption has and will continue to increase the relevance of managed services in general, while only 17 percent believe cloud diminishes managed services’ standing in the market. A full 75 percent say cloud as a ubiquitous technology platform has had a positive impact on revenues.

At the same time, cloud computing “is a change agent,” CompTIA researchers warned, and the cloud’s dominance as a model “has mandated a slew of adjustments to [MSP] business strategy.”

Indeed, nearly half (46 percent) of MSPs said shifts in customer procurement habits are driving change in their own business, while nearly the same number (44 percent) said the demand for business consulting is also pushing them in new directions. “The two dynamics are intertwined,” said CompTIA analysts.  All told, just 4 percent of MSPs surveyed by CompTIA said they are sticking exclusively to their traditional business model in the foreseeable future.

Among new focus areas, lots of attention is being paid to customer experience as a means to offset a declining role in initial technology transactions.

“If MSPs are learning one thing in the cloud era, it’s that customers today, especially those non-IT line of business workers, are buying technology directly, often SaaS solutions online,” said the Trends in Managed Services 2022 report. “To be taken out of the actual transaction has many MSPs rightly looking to where they can add value. One way is by providing a superior experience, which is especially critical for MSPs that operate with customers on long-term contracts.”

Along with providing omni-channel choices, responsive communication and support, and emphasizing the lifecycle of a client relationship over the initial sale, MSPs are upping their CX quotient by providing consulting services.

“Choice-overwhelmed customers need help determining the best solution for their business needs out of hundreds of look-the-same, sound-the-same online marketplace applications offerings,” CompTIA researchers suggested. “The MSP’s consulting influence here cements a trust and stickiness with customers that can be both lucrative and valuable.”

Cybersecurity, not surprisingly, also has been a change agent for many MSPs looking to their future, CompTIA researchers pointed out, moving from what might have been a minor part of their portfolios to rapidly being seen as mission critical.

Yet another way in which MSPs are capitalizing on their customer’s use of cloud services is by ceding the procurement piece of the equation and doubling down on the management angle, said CompTIA. For 22 percent of respondents, this has meant transitioning their identity to a cloud services provider, or CSP, versus a traditional MSP. Nearly two-thirds of respondents said they function as both an MSP and CSP, which implies that they offer the typical infrastructure services that reside both on-premises and in the cloud, coupled with pure cloud services.

“As a CSP, these companies manage and monitor their customers’ workloads in the cloud and serve as the liaison between clients and the third-party cloud providers,” said the IT channel association. “They also manage SaaS subscriptions, capacity issues, and help vet cloud services in line with client business needs.”

A function of a CSP also could include aligning with third-party cloud services firms that offer additional assistance in managing customer workloads that are spread across multiple cloud environments, said CompTIA researchers, a common yet sometimes-overwhelming scenario to track and oversee, especially among small-sized MSPs that comprise most of the ecosystem. 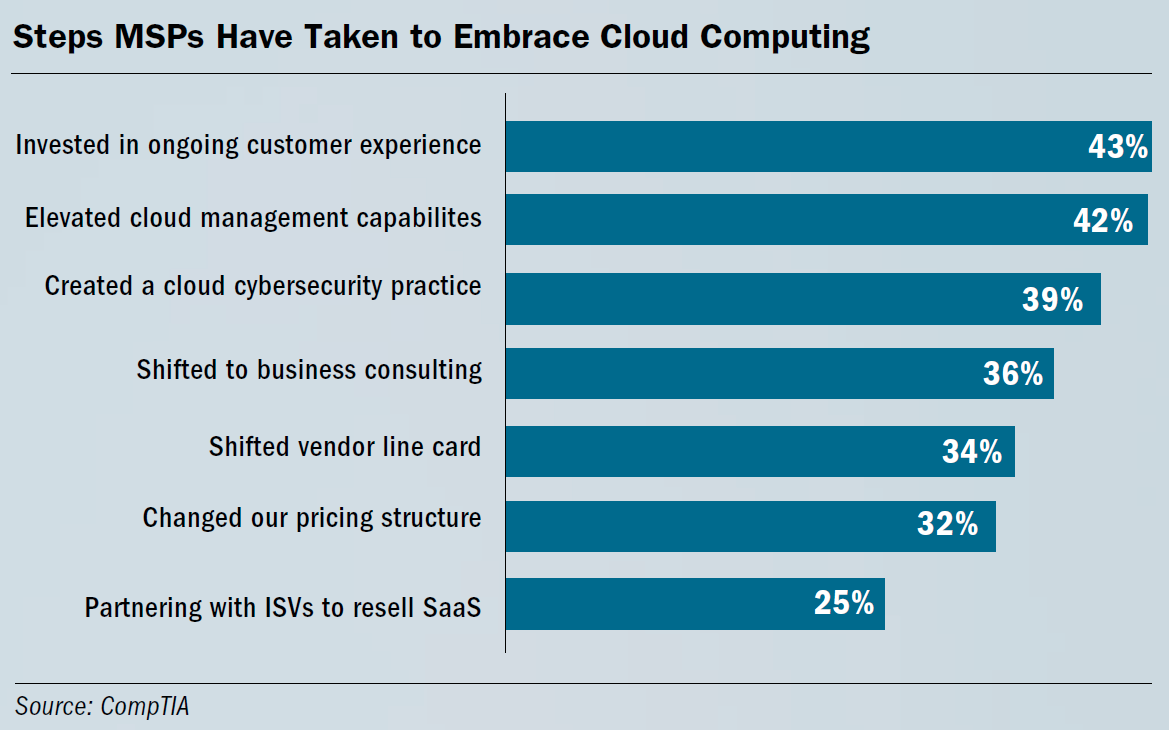 As CompTIA readily admits, CSP versus MSP can be a nebulous distinction, “but the CSP label does seem to resonate as a new type of business model for today’s MSPs,” said the researchers. And there is no getting around the reality of how cloud-delivered and cloud-managed solutions remove some of the need for the technical expertise and IT specialization that made MSPs sought-after partners in the first place. All the while, an emphasis on elements of the business such as CX, retention and loyalty, mining and solution recommendations seem to shift emphasis to the type of things that traditional sales agencies have plenty of experience being good at.

This is not to suggests that MSPs have somehow become de-valued as channel partners. Rather, the point is that as managed services increasingly are delivered and managed by cloud solution providers, the types of partners that can provide and support certain managed services greatly expands.