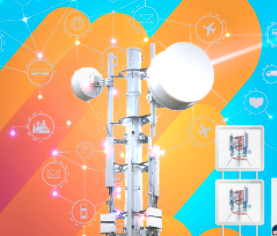 As WISPAPALOOZA roars back to life and reconvenes the industry here in Las Vegas, a new report has been released predicting “significant growth” of fixed wireless access (FWA) connections through 2026.

Already in 2020, driven in part by lockdowns and the shift toward remote working and learning, FWA services grew almost 20 percent year-over-year to more than 80 million global subscribers, according to researchers at Mobile Experts.

“Due to COVID restrictions over the past year, many people have found themselves in need of a reliable connection from home — no matter where home is. FWA offers a much-needed substitute for addressing broadband need in underserved rural and suburban markets where other solutions are too cost-prohibitive or take too long to deploy,” said Mobile Experts principal analyst Kyung Mun. “The ability to connect virtually is more critical than ever, and FWA will continue to be an innovative solution for unreached areas.”

Moving forward, Mobile Experts sees that number rocketing to almost 200 million by 2026, representing a whopping compound annual growth rate of around 70 percent. A separate report, meanwhile, from ABI Research also predicts compound annual growth rates of around 70 percent for FWA during the next five years.  And Mobile Experts expects 8 to 11 percent of FWA connections will be served via proprietary technology primarily deployed by small operators. 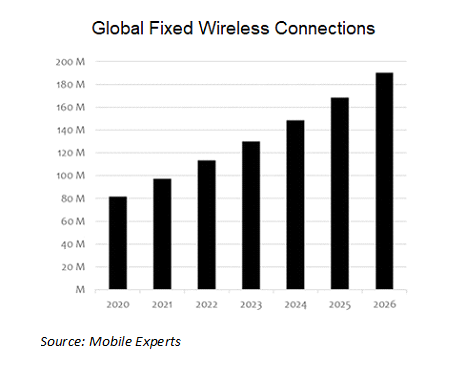 Indeed, fixed wireless will be among the most valuable use cases for LTE and 5G network operators during the next few years, suggests the research, and will be the fastest-growing residential broadband segment.

“Large mobile operators will leverage LTE and 5G for FWA services, and we expect the 5G mm-wave will become a key aspect of their long-term FWA plans – especially in ‘fiber-rich’ markets in the APAC region,” said Mun. “That said, large and small operators will benefit from government funding to help build out hybrid fiber plus FWA networks for the next 5-10 years.”

FWA equipment sales, including 802.11 based proprietary, LTE and 5G CPE revenue, are projected to grow from $4 billion this year to more than $5.5 billion in 2026, according to Mobile Experts. Meanwhile, the proprietary equipment market, including access point and CPE sales, is expected to stay elevated around $880 to $940 million per annum during the next five years.