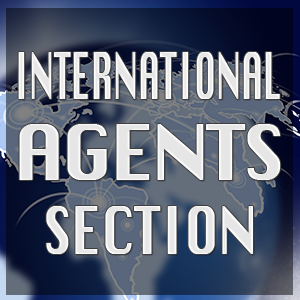 Wide-ranging Consequences for Tech and Cloud

After 43 years of inclusion, the U.K. has voted to leave the European Union in the historically unprecedented “Brexit” referendum vote. Aside from causing reactive uncertainty in the world’s financial markets (some would say “carnage”), and sending jitters across the political landscape, the result has longer-term implications for technology and cloud-based companies, as Britain undertakes the two-year process to extricate itself from the EU.

The vote seemed to catch much of the world by surprise and left many people wondering whether they should act quickly to protect their investments. U.S. trade with the 28-member EU totaled $1.1 trillion last year – making it the world’s largest bilateral commercial relationship. Of that, 21 percent was with the U.K. alone, according to U.S. Commerce Department data.

Joseph Mallen, chief investment officer for Sawtooth Solutions, a technology-focused company that concentrates on wealth-management platforms, said that puzzled American investors and businesses should wait to see how this unfolds over time, rather than taking drastic measures they may later regret.

“I believe this is much ado about nothing until further clarity on the result of the vote is determined,” Mallen says. “This may take years to sort out. The Brexit may not happen at all.”

In terms of the long-term investment outlook, the Brexit likely will be a further catalyst for U.S. interest rates to remain low for the next couple of years. “I don’t see the Federal Reserve raising rates, as that would be highly unpopular given the prevailing market sentiment,” Mallen said. “Also, I believe U.S. treasuries will continue to be a safe-haven asset for nervous international investors.” 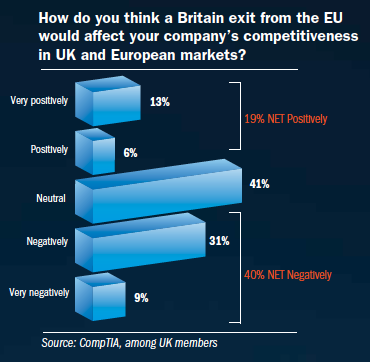 Mallen also said that if other European countries elect to follow suit with their own exits, there could be disruption in Europe-based equities. But Mallen said he doesn’t believe the Brexit, in isolation, will be negative either for the U.S. or for the United Kingdom. Ultimately, Mallen says he believes the U.K. will become a pseudo-member of the EU, similar to the relationships Norway and Switzerland have with the EU.

“I believe it’s a positive move for the U.K., giving it more freedom to act independent of EU governance,” Mallen said. “The U.K. has more to offer the EU than the EU has to offer the U.K.”

In terms of impact on the market, the attention actually should be on the presidential election, he added.

“As much as Brexit was a welcome reprieve from the election, I believe that within weeks the U.S. elections will become the primary global-market media focus and that will continue through November,” Mallen says. “It promises to be a volatile campaign that, I believe, will impact global markets directly.”

Despite positive outlooks such as Mallens, others point out that there will almost certainly be consequences for those that do business with the U.K.

For tech companies, currency fluctuation is at the center of much of the short-term concern. As companies are looking to invest more in overseas growth markets, a strong dollar works against those efforts. According to Mark Mulligan, managing director of MIDiA Research, “buying goods and services from across the globe, not just Europe, looks set to become more expensive for media and tech companies of all sizes due to the weakening of the pound on the international currency markets. Though the flip side of a weakened pound is that British goods are cheaper to buy, so export demand could rise.”

The British pound hit its lowest point since 1985 right after Brexit, losing 7 percent of its value against the dollar, while the euro saw its biggest drop (16 percent) since it was introduced in 1999. It recovered but has trended weaker than before the vote.

Some companies have plans in place to combat this, including Discovery, which said: “In the short-term and medium-term, our currency hedging program will significantly minimize the foreign exchange impact of the Brexit vote on our financial performance.” 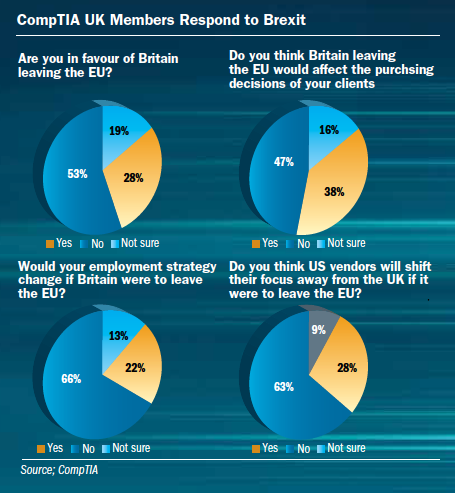 That said, it’s not just the big guys at risk. “There could be countless implications for the U.K. media and [related] sectors, but smaller companies such as independent labels, independent production companies and tech startups look set to be hardest hit,” Mulligan said. For instance, companies are also evaluating whether to keep outposts in the post-Brexit capital.

“Our R&D department in Shoreditch, London, comprises of developers from several different EU nations – including Italy, Finland and Germany,” Jamie Moles, security consultant for Lastline, American cybersecurity firm, told the International Business Times. “These guys live and work in London and travel around Europe for research purposes – as well as to return home to visit family. There is an obvious concern post-Brexit that the rules might change regarding their ability to stay in the U.K. and/ or travel freely around Europe. We will have to wait and see if these concerns are founded or not and will of course support our team to remain employed and productive.”

There may also be a dampening impact on the country with regards to the U.K. workforce skills pool. Brian Spector, CEO of Miracl, a cybersecurity firm based and operating in U.K., told the International Business Times, “The U.K. has a well-documented shortage of tech talent that means it simply cannot compete globally without tapping into highly skilled overseas workers. Splitting away from Europe would make it even more difficult for U.K. tech firms to compete with the U.S. tech giants, because their talent pool would be so much larger than ours. To cut ourselves off from the rest of Europe therefore does nothing to protect the U.K.’s reputation as being open for business.”

From a data privacy and protection perspective, there’s also the question of whether the U.K. will align with the upcoming GDPR and NIS Directive. Further, according to Michela Menting, research director for ABI Research, the U.K. faces a decision whether to retroactively repeal or keep all past EU legislation adopted to date for data protection and privacy. This will have far-reaching ramifications for any tech company providing cloud services to Europeans. 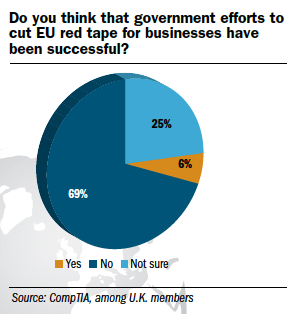 “Currently, all EU laws still apply in the U.K.; at least over the course of the next two years as the U.K. untangles itself from the Union,” she said. “However, the U.K. will need to determine not only whether they will (unilaterally) implement similar legislation in the future.”

For some technology companies, the U.K. might be inclined to ease rules on privacy policies, since the European Union has some of the strictest in the world, said Todd Thibodeaux, president and CEO of CompTIA, a global technology trade association.

“Over time, we may see opportunities open up and the U.K. go after some sectors like Ireland has,” Thibodeaux said.

Even if Britain ultimately adopts regulations identical to Europe’s, it will take a couple of years. And in the meantime, there will be a new “regulatory island,” with its own rules for tariffs, duties and material standards – causing complications for any U.S. business looking to establish a panEuropean presence.

There are directives on ecommerce and data protection that date back to the early 2000s, the EU Directive on Data Retention from 2006, and the Directive on Attacks against Information Systems, adopted in August 2013. The U.K. has adapted all of these in some shape or form into national legislation.

“The U.K. will have to rule on the continued applicability of these instruments, as well as how they will address the incoming GDPR and NIS Directive,” Menting said. 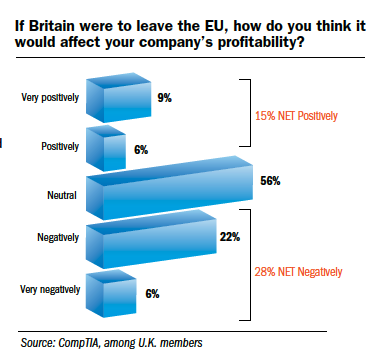 Many U.S. companies find the EU regulations onerous and an impediment to trans-Atlantic commerce; which on the one hand would point to Brexit being helpful from a U.S. trade perspective. However, both the GDPR and the NIS Directive state that operators and data controllers will be covered by the legislative requirements if they operate within EU markets and involve EU citizens – which leaves Britain in a position of little power to forge its own path.

“Seeing the high level of trade that the open market has brought in the U.K. in the past four decades, many U.K. organizations will need to comply if they want to continue trading and operating in EU markets,” she said.

Despite the uncertainty around these issues, it’s important to keep a level head, according to An Ananth, CEO of EventTracker.

“Brexit is affecting everything,” he said. “What’s happened is unprecedented, and there is a lot of confusion as to the next steps. This is the kind of chaotic environment in which insecurity thrives.”

He added, “This is reminiscent of 2008 when the U.S. financial system suffered. That type of environment hurts security, which is already hard enough to maintain. At times like this, process and discipline can help. You should train like you fight, because you’ll fight like you train, as the saying goes. I would recommend that everyone keep calm and carry on.”