Things to Consider – How ‘IoT as a Service’ could develop

With the Internet of things such a nascent trend, it is difficult to predict which new products might develop that are sold through the communications channel, and in what volumes. We do already have an acronym – Internet of things as a service (TaaS) – to describe platforms or perhaps other services sold “as a service” to business buyers.

What we do not have is any shared definition of what TaaS entails, much less any common understanding of what specific products will become available and popular.

For such reasons, we cannot say with any certainty, yet, what opportunities might develop for channel partners. In principle, TaaS should take its place with other software, infrastructure or platform services sold “as a service” to enterprises. On the other hand, we already have some examples of managed services similar in concept to “things as a service” that illustrate how TaaS eventually could develop.

Consider the lighting division of electronics company Philips and the energy services company Cofely. Together, those firms now provide lighting as a service to Schiphol, Europe’s fourth busiest airport.

The airport pays only for the light it uses, while Philips remains the owner of all fixtures and installations, taking joint responsibility with Cofely for the performance of the system and ultimately its reuse and recycling at end of life.

If you think about it, that resembles a telecom “managed service,” where the customer pays for usage, and the managed service includes use of hardware that is included as part of the service.

There also are some similarities to consumer services such as video entertainment, where access to content is the main value of the service, but use of the decoders also is bundled (consumers do not “buy and own” set-tops but essentially lease them).

Those two examples are illustrative. The “things” in both cases are enablers of the service, and it is the “service” which has value, not necessarily the “things” (decoders, light bulbs and fixtures).

So one way to look at potential TaaS development in telecom is to see increasing management of appliances and fixtures necessary to add more value to the core “communications” value.

The other way to look at potential TaaS opportunities is to see that most of the created value eventually will come from analytics made possible by the big data gathered by the sensor network and using the communications services. Likewise, in the “Internet of humans” space, at least a few mobile service providers will experiment with “mobility as a service,” where “supplying handsets” becomes a feature of a communications service for business customers.

That is another example suggesting that, if and when TaaS develops, early traction might come where analytics drive the new business value, enabled by a managed offer bundling the sensor network, the communications and the analytics platform.

Later on, those sorts of bundled offers might seem quaint. But in the early going, it all might seem familiar enough to ease adoption. Businesses have an understanding of what interconnects, value added resellers and managed service providers do. Businesses understand the value of communications, cloud computing and business intelligence created from mountains of raw operational data.

Mix it all together and you wind up with TaaS, where it is not the sensors but the analytics or the management that drives the most value.

If you look at today’s consumer Internet ecosystem, or the business computing ecosystem, to the extent that “value” correlates with “revenue,” then most of the revenue will come from the content (consumer ecosystem) or the applications segment of the business IT ecosystem.

Connectivity services represented about 17 percent of ecosystem revenue, according to GSMA, but other estimates assume higher percentages attributable to access providers (perhaps 30 percent in the United Kingdom, as much as 48 percent in Spain).

TaaS, then, would be part of the applications market segment, where the IoT function is functionally a substitute for 58 percent of the IoT revenue opportunity, assuming the Internet ecosystem provides an indicator.

In other words, TaaS should develop as did other XaaS services: applications, platforms and infrastructure, with a significant access services component. It will be easiest for most access providers to sell connectivity, as presently is the case.

But as proven to be the case for leading telecom providers in the consumer segment of the business, owning at least some of the applications delivered over the “dumb pipe” is the fundamental strategy for dealing with “commodity” products and revenue streams. In similar fashion, at least some tier-one access providers will become owners of TaaS applications, if not so much providers of platforms or computing infrastructure, as distinct from access services.

So sales opportunities for telecom channel partners are likely to hinge on the degree to which their underlying suppliers achieve significant “horizontal” roles in TaaS. In other words, if app and service providers primarily target general-purpose TaaS (Salesforce.com as an example, or hosted voice, rather than vertical apps targeted at industry verticals), the channel opportunity will be greater. 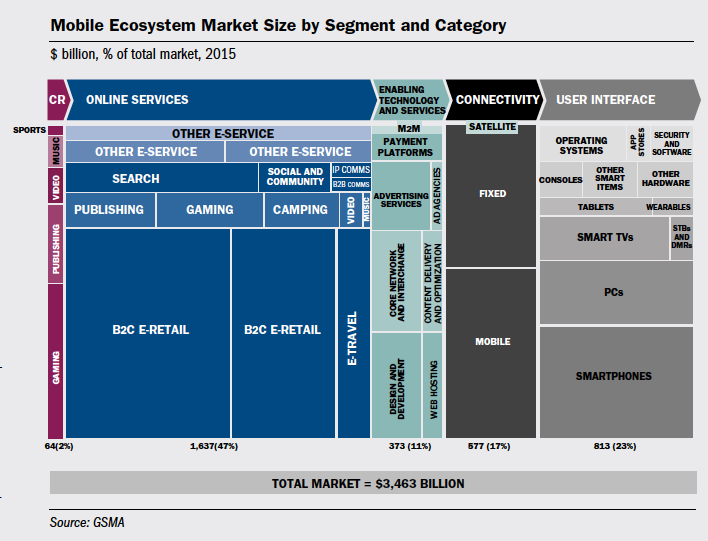 It might also be safe to predict that channel partners will sell way more “connectivity” services than “TaaS” services, to enterprise customers using IoT services, for several reasons. The TaaS market will be highly fragmented, and much of it will logically be sold by vertical market specialists, not “horizontal” communications specialists.

So if U.S enterprises represent 30 percent of total global enterprise IoT spending, and total spending is $250 billion, then U.S. enterprises might spend $75 billion on IoT, by about 2020.

So it is possible that, by 2020, between $530 million to $2.3 billion could be earned by channel partners selling IoT communications services.

This article is sponsored by: DynaLink

How Healthcare Changes Will Benefit Resellers