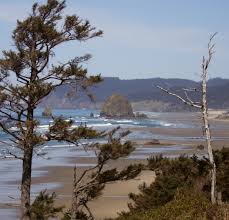 With a growing presence of carriers in the area, there are an estimated 21 network providers that can be accessed across the ring. Infomart Portland, Oregon’s largest merchant data center with respect to square footage and critical load capacity, extends this connectivity to an additional 13 carriers within its facility.

Now interconnecting six data centers in the Hillsboro area, the Hillsboro Data Center Ring provides low loss, high-count fiber that can be utilized as either dark fiber or for wavelength services. By virtue of these routes, Infomart Portland data center customers can now gain access to redundant dark fiber connections for pathways to other companies in Portland-area data centers.

“Infomart has always focused on enabling IT operations in fiber and connectivity-rich geographic regions of the U.S.,” states John Sheputis, President of Infomart Data Centers.  “Interconnecting our Portland data center and the Hillsboro Data Center Ring provides Infomart customers with connectivity to international subsea cable systems as well as to other companies with critical data assets in the greater Portland-Hillsboro region.”

The partnership between Infomart and CoastCom to connect its Portland data center to the Hillsboro Data Center Ring will create an interconnection from its facility to offshore fiber routes originating at a submarine cable landing site in Pacific City, Oregon. This will provide Infomart Portland customers with path-diverse terrestrial fiber routes to transpacific cables from several northern Asian countries, in addition to New Zealand and Australia. Infomart Portland customers will then be able to directly access their international customers, which represents a major development for the facility’s critical infrastructure and global connectivity.

“We’re excited that Infomart’s Portland facility is now connected to our Hillsboro Data Center Ring,” said Greg Palser of CoastCom (now Wave’s vice president of business development). “This partnership provides additional connectivity for Infomart Portland customers who now have the ability to access pathways to other companies and carriers in Portland-area data centers, as well as the potential to access key international markets serviced by submarine cables that terminate in facilities located on our Hillsboro fiber ring.  It also benefits more than a dozen network carriers represented in Infomart’s Portland facility.”