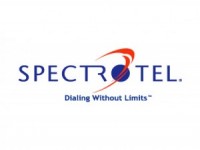 Spectrotel is a New Jersey-based CLEC serving customers throughout the United States.

The award is given based on readers of an industry magazine’s votes. Sherman is one of eight winners who is new to the list.

At Spectrotel, Sherman is a key contributor to the company’s nationwide service expansion and to its roll-out of sophisticated services such as Ethernet-based transport, Internet access and SIP PRI services.

“We are proud to see David recognized by our valued partners whom he works so hard to support,” said Ross Artale, Spectrotel’s COO.  “David personifies Spectrotel’s value proposition by providing best-in-class service and support to our agents and their customers.”