That is but one new way the FCC believes spectrum access in the mobile and other industries should become “virtualized,” in the sense that devices and services can use physical assets “across networks,” with less constraint based on the “ownership” of access assets.

That is the access network’s version of the broader virtualization of services and apps from physical layer networks.

In some ways, in addition to virtualization, device access also is being “converged” (integrated) more directly than in the recent past, when smartphones have universally acquired the ability to connect to Wi-Fi.

A better illustration of how access virtualization will work in the future is the way Google Fi uses any one of three networks to provide smartphone access: Wi-Fi or the Sprint network or the T-Mobile U.S. network, whichever provides the best signal at a particular moment.

Another example of the coming virtualization of access: the FCC has authorized spectrum sharing between licensed spectrum holders and other commercial entities in the 3.5 GHz band. The Citizens Broadband Radio Service (CBRS) creates a three-tier licensing approach. Though the actual license holder (a government entity) retains priority access to the spectrum when it is needed, secondary licenses can be created for areas where there is surplus capacity, or the capacity actually is not being used at all. 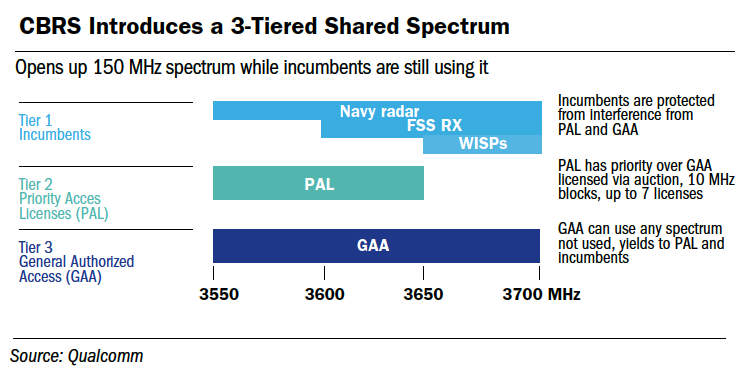 Where capacity remains even after the primary and secondary licensees are concerned, the surplus can be used on a best-effort basis by devices (on the Wi-Fi pattern).

Coming 5G networks also will make available device access that is virtual in another sense, automatically using frequency agile radios to select from a wide range of available frequencies to support any session, including licensed and unlicensed, plus shared spectrum.

All of those approaches virtualize the access network in one or more ways. Virtualization might also be possible for in-building access infrastructure that could be shared by any number of suppliers, using a “neutral host” concept.

Ruckus Wireless, for example, believes its OpenG platform would allow any number of providers access to a single indoor access platform using shared 3.5 GHz spectrum, avoiding the need to duplicate “outdoor” mobile infrastructure by each carrier when inside buildings.

Distributed antenna systems and traditional small cells can address those indoor environments, but arguably are more costly than a neutral-host solution, assuming competitors would agree to use it. The point is that such neutral-host systems also represent one more way access virtualization could happen.

But LTE-U is among the first efforts to virtualize access “at scale.” Never before tried, LTE-U allows LTE network operators to use some portions of the 5 GHz Wi-Fi spectrum as though it were simply part of the licensed spectrum used by LTE. 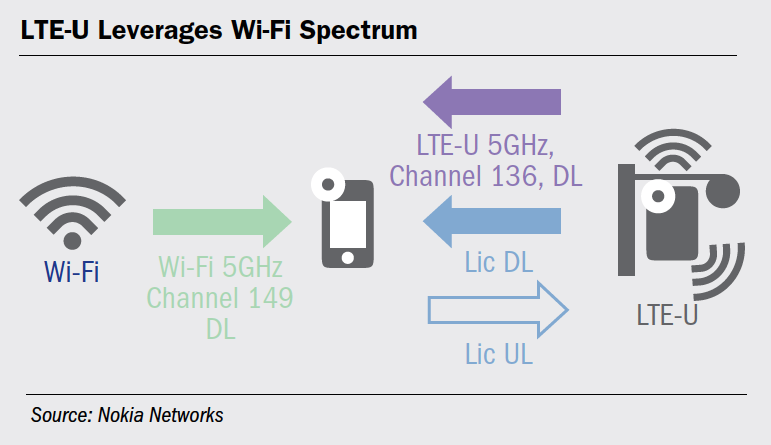 Verizon has been working toward LTE-U since at least 2015. And T-Mobile U.S. has announced deployment of LTE-U capabilities in its LTE network, following FCC certification of equipment from Ericsson and Nokia.

Some will quickly point out that smartphones and other computing devices have been able to use Wi-Fi in the past, so some degree of virtualization already has become commonplace. What is new, with LTE-U, is that the network and devices will treat some specific blocks of Wi-Fi spectrum as though they are part of the capacity the phones can use when on the mobile network.

Think of the concept of “convergence” as the difference, even if virtualization also is a feature of smartphone use of Wi-Fi.

In the past, devices could use either Wi-Fi or the mobile network, or both, in turn. With LTE-U, devices simply use all the authorized capacity as one seamless resource. In other words, both mobile licensed spectrum assets and unlicensed Wi-Fi assets are virtually parts of one network. 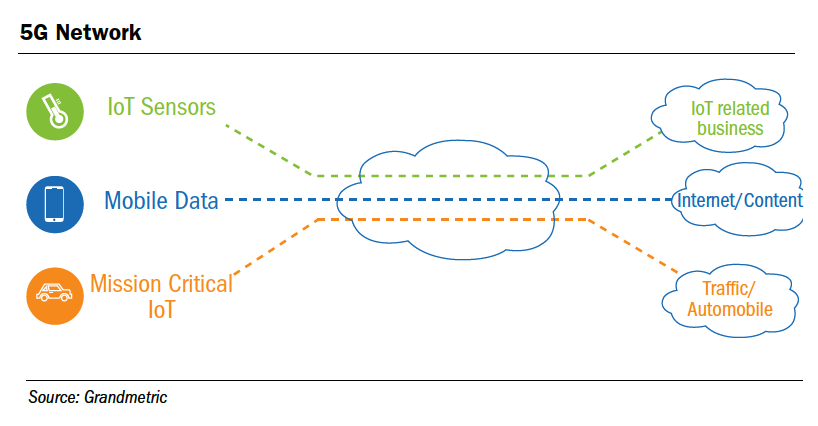 Nor are virtualized mobile access networks the only ways virtualization will occur. A similar virtualized method of “creating” and managing discrete core networks also will be fundamental for future mobile and fixed networks.

Some potential applications – such as connected car and autonomous vehicles – will require very-low-latency from the network, beyond that provided by 2G, 3G or 4G. Other apps might require lots of bandwidth, as for vision capabilities (traffic cameras, vehicle cameras, visual security apps, medical diagnosis). Many other sensor apps, on the other hand, will not use much bandwidth at all (kilobits per second, infrequently), and might be located in hard-to-reach places.

Virtualizing the network helps because it will be possible to affordably and quickly create specialized subnetworks that have the precise sets of features needed by the different apps, users and industries.

Network slicing is a fundamental building block of the coming 5G network, and essentially offers the hope of a flexible network that can be reconfigured in many ways, to “tune” the sub-network for the specific requirements of application, device and network support cases. If latency, but not bandwidth, is the requirement, a network slice can be created to sort that requirement set.

If the requirement is low latency and visual bandwidth, a different slice can be provisioned, while if moderate latency and moderate bandwidth are the requirements, that can be supported as well. Likewise, it should be possible to tune the network over time, to support demand “hot spots” during a given day, for example.

Only a virtualized network will be flexible enough, and controllable enough, to support network slicing.

So whether at the level of mobile phone access to core network transport and features, virtualization is becoming an architectural principle following the earlier virtualization of ankara escort apps and services from physical layer access and transport.

Now, that trend is spreading to more parts of the business and will help reshape business models. The only issue is “how” the changes will be seen.

This article is sponsored by: LSI