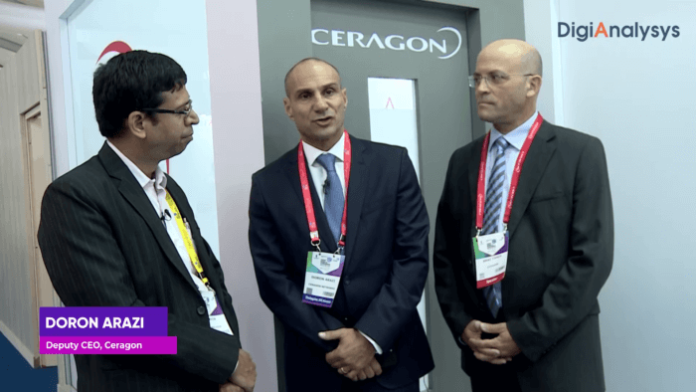 Ceragon Networks Ltd., an international leader in wireless hauling solutions, announced its Board of Directors has appointed Doron Arazi, an industry-leading executive and the company’s former deputy CEO & CFO, as its Chief Executive Office. His appointment is effective beginning in July. Arazi will replace Ira Palti, who will remain on the company’s Board of Directors as Vice Chairman.

Under Palti’s 16 years at the company, Ceragon’s solutions have earned an unblemished record on network performance, including the transitions from 3G to 5G.

Arazi is no stranger to the evolution. Between 2016 and 2019, he served as the company’s Deputy CEO. During this time, he led the activities of the APAC and India regions which accounted for more than 50 percent of the annual revenue. He worked to bring new organizational changes and business models into effect, increasing profitability as well as the regional revenue – from $110 million in 2016 to $179 million in 2018.

Between October 2014 and March 2019, in his CFO capacity, Arazi became familiar with the financial particulars of Ceragon. He was successful in moving the company from losses and negative cash flow to significant profits and positive cash flow. Within two years, he reduced the  company’s debt to its bank consortium from over $50 million to 0, and rebuilt trust with vendors, banks, and the investors community.