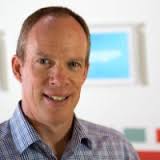 Fuze has strengthened its leadership team with the appointments of Brian Day as CGO and Mary Good as chief people officer.

As CFO, Brian Day will oversee financial strategy, planning and operations for Fuze, reporting directly to CEO Steve Kokinos. Day has a 25-year track record as a successful financial leader and operator at high-growth companies, most recently at Apperian, where he served first as CFO and then president and CEO of the firm. Prior to Apperian, Day held senior leadership roles at Goal.com (acquired by Perform Media PLC), Gomez Inc. (acquired by Compuware), and Octave Communications, among others. He began his career with Fleet Financial Group as a vice president in the bank’s structured finance group. Day earned a B.A. in Economics from the University of New Hampshire and a J.D. from Suffolk University Law School in Boston.

Day joins Fuze at a time of tremendous growth for the organization. In February, Fuze closed $112 million in financing led by Summit Partners to expand global operations and support continued investment in simplifying enterprise communications. This investment brought the Company’s total funding to $200 million. Most recently, Forbes named Fuze one of 2016’s Next Billion-Dollar Startups, a list of 25 companies that are transforming their industries and showing tangible results.

Good meanwhile joins Fuze from hCentive, a SaaS-based healthcare technology company, where she served as chief human oesource Officer. As Fuze’s CPO, Good will focus on attracting, developing and retaining the talent Fuze needs to successfully deliver on its mission while also creating a challenging and rewarding environment that makes Fuze a great place to work.

In addition to hCentive, Good has led the people function for four public technology companies including Blackboard, CACI, SRA International and AMS Inc. She holds an MBA with a concentration in HR Management from Syracuse University and a B.S. degree in Human Development and Family Studies from Pennsylvania State University. Good serves on the Penn State Research Foundation Board, as well as on the boards of several early-stage companies. She also holds an Executive Coaching Certification from the College of Executive Coaching and is a National Association of Corporate Directors Fellow.

“We are excited to welcome Brian and Mary to the executive leadership team at a time of such high growth and momentum,” said Kokinos. “They each bring unique skill sets that will continue to propel the company forward, both from a financial standpoint and with respect to our talent brand and culture.”