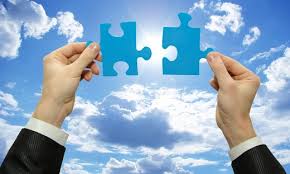 Technology distributor Insight Enterprises  has released its list of the top five concerns businesses have voiced as they consider moving IT services to the cloud. The primary hesitancies from businesses include data security, unknown costs and an ongoing lack of knowledge about how the cloud can deliver efficiencies.

1) Cloud Security – A fear of losing control of operations by moving services to the cloud is a top concern for 2015, along with a concern that IT data may be less secure in the cloud. Insight has found that if cloud providers are vetted properly, most enterprise workloads and data can be safely migrated to and managed in cloud environments. Early enterprise fears of cloud security have begun to ease as employee use of mobile devices and non-approved cloud services have continued to grow rapidly highlighting the need for centralized, securely managed cloud solutions for businesses.

2) Change in the workplace – Many IT departments report concerns about whether migration to the cloud would needlessly “rock the boat” in 2015. However, companies that have already moved services to the cloud have been able to reassign IT staff to more strategic initiatives. Companies that move to the cloud also report increased employee satisfaction by addressing issues surrounding employees using their own devices, increased collaboration and increased coworker engagement.

3) Return on investment – A primary question IT professionals ask when considering a move to the cloud is, “Will it be worth it?” Yet most companies that did migrate to the cloud in 2014 report that they now have more predictable costs and faster access to advanced features and capabilities. For example, corralling big data has been a challenge to doing business, and the cloud has become central to big data analytics. Insight’s work with clients are considering infrastructure-as-a-service (IaaS) solutions to address their computer and storage needs primarily for the ease of maintenance and upgrades, ability to scale up and down easily, and “pay-as-you-go.”  Adoption of software-as-a-service (SaaS) solutions is gaining ground quickly. SaaS solutions that are considered easier to adopt are office collaboration, file synch and share, VoIP (Voice Over IP), mobile device management, etc as they allow clients to connect and collaborate easily and scale quickly to meet client needs.

4) Trusting the Cloud – Beyond security concerns around intrusions, businesses also report a lack of trust in having a second or third party handle their operations in the cloud. When considering a move to the cloud in 2015, companies indicated that they are concerned about giving up control of sensitive data. However, companies that have already moved to the cloud report that they typically addressed the concern by using intermediary service and solutions providers that conduct due diligence and vet third parties by reviewing their financials, certifications and other qualifications.

5) How to get smart about the Cloud – A common IT department question going into 2015 is “How do I even migrate my company to the cloud?” Most companies that have experimented in the cloud have overcome this hesitancy by working with a solutions provider that can help them understand the potential benefits of the move. Insight has found that among the most common cloud applications that businesses plan to deploy in 2015 are CRM and collaboration tools, Web applications, data warehousing systems and email.

“Businesses are asking the right questions about how the cloud will work across infrastructure, platforms, and applications, and many are starting to embrace the efficiencies and potential benefits from improved agility, greater employee collaboration, and reduced IT complexity,” said Harish Krishnamurthy, senior vice president, Insight Cloud Services. “However, we are still seeing adoption apprehension because of concerns surrounding security and data management. The benefits the cloud offers are immense, however, and clients are reporting that cloud options can be faster, safer and a better value than traditional IT. Because of this, we believe that cloud services will increasingly become the norm for businesses, not the exception.”

Insight’s Top Cloud Tech Concerns for 2015 echo the findings of Insight research released in October, which showed most businesses are moving toward the cloud for efficiencies, but still lack trust in cloud security. Conducted by Thunderbird School of Global Management, that study interviewed IT leaders representing businesses and organizations with a total of more than 2 million employees and $4 billion in annual revenue. The primary finding was that businesses of all sizes want to improve productivity by moving more functions to the cloud – but the larger the company, the greater the concerns surrounding security.