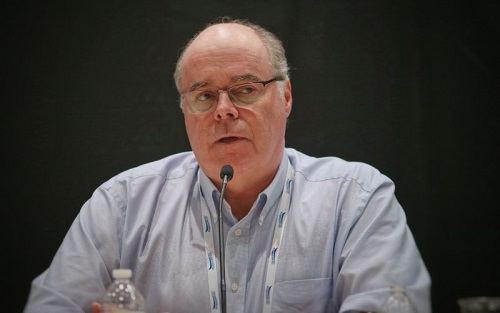 The Wireless Internet Service Providers Association’s (WISPA) CEO David Zumwalt (pictured) and VP of Policy Louis Peraertz made good on a promise they made at the organization’s recent WISPAPALOOZA 2022 by meeting with the National Telecommunication and Information Administration (NTIA) Agency over the  Notice of Funding Opportunity (NOFO) that was issued for the Broadband, Equity, Access and Deployment (BEAD) Program, which grew out of the bi-partisan Infrastructure Act signed last November.

WISPA Director of Communications Mike Wendy characterized the meeting as “cordial and productive” and said further dialog may take place, which the association hopes will result in the changes WISPA has urged.

Wendy said, “We noted WISPA’s membership harbors deep concerns about the current definition because its effect will lead to overbuilding of private facilities with government funding, running the risk that many rural and hard-to-reach communities will continue to be left waiting for connectivity.”

Wendy added, “We reiterated that WISPs provide provably reliable and resilient broadband service, which will only become better with the advent of new spectrum and technology in the coming years, a position validated by the fact that other agencies, such as the FCC, have said that winning bidders in universal support programs can rely on broadband networks using entirely unlicensed spectrum to serve last-mile locations to meet their deployment obligations.”

The meeting ended with Zumwalt and Peraertz urging further discussions with NTIA staff on the BEAD NOFO as well as offering to provide opportunities to demonstrate “why broadband networks using entirely unlicensed spectrum should be considered reliable broadband service.”