Carriers Gettin’ ‘Giggy’ With It

Gigabit fiber access is becoming the next chapter in deployment strategies for network operators – and increasingly an affordable option for businesses.

This opens up a new frontier for channel partners looking to combine cloud services, SD-WAN and other applications with connectivity for tailored end-user solutions.

According to Deloitte Global, the number of 1 gigabit-per-second Internet connections surged to 10 million globally in 2016, a tenfold increase. About 30 percent of those are business and enterprise connections. Looking further ahead, Deloitte forecasts that about 600 million subscribers may be on networks that offer a gigabit tier as of 2020, opening the door to deliver personalized services and applications, and to make the most of the wave of connected devices that are making their way into the business marketplace – especially in verticals such as education, smart cities and healthcare.

Indeed, 2016 has seen a groundswell of deployments in the United States, from both Tier 1 carriers including AT&T, CenturyLink, Comcast and Verizon, as well as competitive broadband players. Many companies are now looking at new innovations for 2017.

Google Fiber, which kicked off one of the first 1Gbps deployments back in 2012 in Kansas City, has been a bellwether for gigabit access. For its part, Google Fiber continues to expand to a handful of cities, but deployments should accelerate now that it has acquired Webpass, a company that is deeply invested in 5G. It also now has a license granted by the FCC to explore “experimental radio service” in 12 cities during the next 24 months.

AT&T meanwhile has spent the last few years rolling out gigabit service across the U.S., looking to meet Google Fiber’s challenge. AT&T is also exploring wireless, with what it calls AirGig. The technology is targeted to underserved areas, with radios that can be mounted on utility poles.

Verizon has made gigabit service available across its FiOS fiber footprint. And last year, it successfully completed a test of a new technology on its fiber-to-the-premises network, enabling 10Gbps with the potential to grow to 40 to 80Gbps as the market demands. This is possible by simply adding new colors of light onto the existing fiber, each augmenting the capacity by up to 10Gbps.

Others meanwhile are catching up: CenturyLink gigabit service is now available in more than 600 cities, including 14,000 multi-tenant units (MTUs) and 100,000 businesses, the company announced in October. And Comcast is leveraging its investments in latest-generation DOCSIS 3.1 to deliver 1Gbps over its existing HFC network infrastructure in Atlanta, Chicago, Detroit, Miami and Nashville as of the end of 2016. It also launched Gigabit Pro in selected service territories last year offering 2Gbps, now available in some 18 million homes across the U.S. 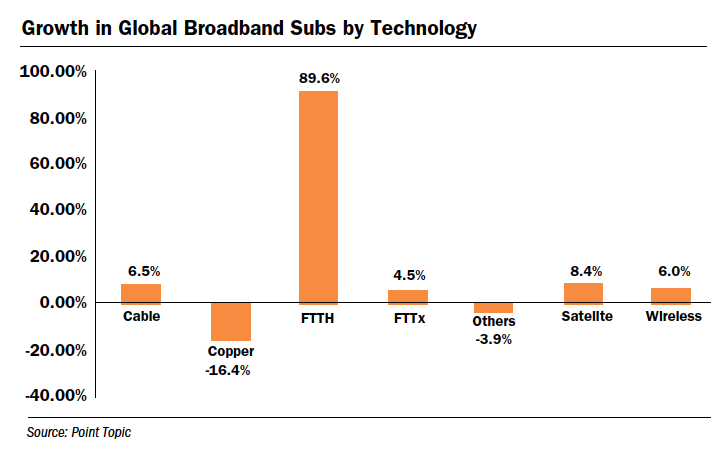 At the same time, competitive providers are starting to proliferate. Competitive cableco WOW! Has launched its “Gigatopia” broadband in four markets – Auburn and Huntsville, Ala., and Evansville, Ind., and Knoxville, Tenn. Rocket Fiber, meanwhile, has been providing gigabit service in Detroit for nine months, at a price point of less than $200 per month. It passes 700,000 residents and business users in 149 square miles in central Detroit with fiber – an area where 60 percent of residents don’t have broadband, and 80 percent of school-aged kids don’t have Internet at home at all. It also serves businesses and government.

Although a gigabit connection for a single device may be overkill today, businesses most certainly will continue accumulating connected devices in the long term – everything from connected insulin pumps to smart parking sensors. The move to cloud-based services for a growing range of applications is a key driver of this as well.

CenturyLink, for instance, is positioning its gigabit fiber service as a platform for customer growth, creating a business model around bundling access with VoIP and managed IT solutions that businesses can tap into to enhance their operations and competitiveness. That includes fiber access to multiple wide-area network connections, such as MPLS-VPN, metro Ethernet and the CenturyLink SD-WAN solution.

It’s also a way for CenturyLink to expand its addressable market to more small- and medium-sized businesses. To support this effort, CenturyLink business fiber service bundles also come with a core set of cloud-based business application services for no additional charge, including Microsoft 365, website hosting and management, and data back-up.

“By offering fiber-ready services to MTUs in our local markets and offering speeds up to 1 gigabit, we can more quickly connect our business customers to the power of the digital world and offer them affordable and scalable business solutions previously only available to large enterprise companies,” said Dean Douglas, company president of sales and marketing.

In one real-world example, ADTRAN’s Huntsville campus recently converted to gigabit speeds, which opens up an array of productivity-enhancing changes.

“This has improved our user experience and gives us the opportunity to add services,” said Jay Wilson, senior vice president of technology and strategy at the communications infrastructure supplier. “We can now subscribe to disaster recovery-as-a-service, and can make sure we have interconnectivity with our R&D offices in Germany and India; we have HD video links, and large files are being shared every day.”

The sharpest inflection point for gigabit service may be in terms of perception, which is where channel partners come in.

“A Gbps Internet connection might appear frivolous, but a decade ago some commentators may have questioned the need for a touchscreenbased device capable of transmitting data at 150Mbps, with storage for tens of thousands of HD photos, video quality sufficient for broadcast, a pixel density superior to most TV sets, a secure finger-print reader and billions of transistors within a 64-bit eight core processor,” Deloitte researchers noted. “Yet modern smartphones with this specification are likely to sell in the hundreds of millions of units this year.” 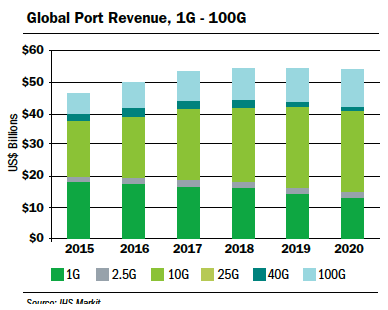 The FTTH Council Americas has found that access to fiber may increase a home’s value by up to 3.1 percent. Using the National Broadband Map and a nationwide sample of realestate prices, the group investigated the relationship between fiber-delivered Internet services and housing prices. The boost to the value of a typical home – $5,437 – is roughly equivalent to adding a fireplace, half of a bathroom or a quarter of a swimming pool to the home.

It’s also worth noting that the faster the broadband, the better the economic outcomes. A separate study from the FTTH Council found that communities with widely available gigabit access have a higher per capita GDP: it’s 1.1 percent higher than communities with little-to-no availability of gigabit services.

The study examined 55 communities in nine states, including 14 communities where gigabit services are widely available, and found that areas with gigabit access enjoyed approximately $1.4 billion in additional GDP.

That plays out in multiple ways, including through the direct effect of infrastructure investment and increased expenditures, as well as shifts in economic activity (e.g. job creation, entrepreneurship and companies relocating or expanding to a city.)

For instance, Comcast Business recently announced it has completed installation of a nearly $4 million fiber optic network expansion across the city of Fremont, Calif., bringing gigabit speeds to local businesses in 238 buildings. The expansion – which included laying more than 18 miles of new fiber – brings high-performance Ethernet, Internet and voice solutions to enterprises and small businesses in the area, giving them access to the tools they need to remain competitive and scale as the need arises.

“We identified Fremont as a city with high-tech companies ready to grow but that lacked the Internet capacity needed to launch critical applications, support business operations and attract new employees,” said Ted Girdner, Comcast’s regional vice president of Business Services for California. “We rolled out our Ethernet solutions so Fremont businesses can put their focus where it needs to be – on delivering exemplary services to their current customers, and looking ahead to expansion and continued growth.

“We didn’t just roll-out fiber,” he continued, “we laid a foundation that Fremont will be able to continue to develop and live off of for years to come.”

How Healthcare Changes Will Benefit Resellers