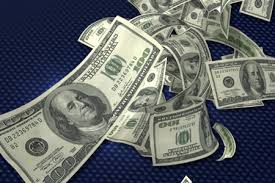 Through its private equity fund II, HeidelbergCapital is now the majority shareholder of snom. The resulting increase in capital stock (terms were not disclosed) will lay the groundwork for an expansion course at snom.

“We want to use the funds to intensify new product development and also continue to drive globalization,” explained Shocair. “snom is already a company with an international focus. Our staff members come from 15 different countries, and we have distributors in more than 50 nations creating a strong global footprint for snom.”

Shocair has 20 years of experience in the field of business transformation in the ITC market. Born in Dallas, he has lived in Berlin for more than 20 years. Examples of positions he held during this time: directing strategist and interim CEO at DeTeWe in Berlin, Germany and Hemel Hempstead, England; interim director at Boomtel Networks in Ascot, England; executive director, strategy & business development at Centile in Cannes, France. Prior to entering snom, he was CEO at Silicon Allee, the community-driven voice for startups and technology companies in Berlin.