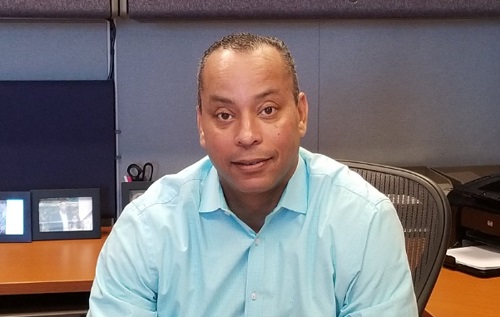 The Coalition for Coordinated Sharing has filed a Petition for Rulemaking, asking the FCC to develop rules to open the 10–10.5 GHz band for point-to-point use on a shared basis with incumbents.

The Coalition – comprising WISPA, Cambium Networks, the Open Technology Institute at New America and Public Knowledge – proposes Part 101 rules to permit up to 500 megahertz of spectrum in the band to be licensed on a non-exclusive basis for non-federal point-to-point communications governed by an FCC-approved automated frequency coordination (“AFC”) system. Presently, federal incumbents and amateur radio enthusiasts use the band.

According to the Coalition, it is becoming increasingly difficult to find greenfield spectrum below the 12 GHz spectrum band to connect tower sites, enterprises and devices. Therefore, sharing spectrum in the 10 GHz band represents the most viable means to solve congestion and meet consumer demand for more robust broadband and IoT services.

The recent emergence of the CBRS band and its marketplace success, due in no small measure to SAS sharing technology, provides useful guidance.

The Coalition’s sharing proposal would be less complicated than the CBRS SAS and would be akin to AFC systems being developed for the 6 GHz band for standard power use.

Over the last several years, the FCC has made thousands of megahertz of spectrum available for last-mile service. While those allocations have created significant public benefits, the COVID-19 pandemic exposed the need for more point-to-point spectrum to relieve congestion in other bands and to help meet the increased demand for fixed broadband service. This is particularly true in rural areas and for other applications where devices are not proximate to available or affordable fiber.

“The Coalition’s proposal would be especially useful for backhaul, middle mile, and other point-to-point services which are essential to the provision of wireless access,” said Louis Peraertz, VP of Policy for WISPA (pictured).  “It would allow policymakers to accommodate future growth by getting more juice out of underutilized spectrum in a manner that protects incumbents from unreasonable interference.”

The Director of the Wireless Future Project for the Open Technology Institute of America Michael Calabrese added, “This valuable band of spectrum is currently occupied by military and possibly other federal incumbents in many areas. However, using a geographic coordination system, this underutilized band could also accommodate shared use with broadband providers in many rural, tribal and other underserved areas. We urge the FCC to seek comment and to confer with the NTIA about how this spectrum can be put to more intensive use to help close the rural digital divide.”

As the Petition notes, the rule changes proposed by the Coalition “would promote the public interest by authorizing a new, useful, and in-demand point-to-point service that fills a gap between existing unlicensed bands and frequency coordinated licensed Fixed Services.”

With the proven capability of spectrum-sharing techniques and future demand clearly on the rise, the FCC expeditiously should embark on creating new rules that will unleash the underutilized 10–10.5 GHz band for commercial use.